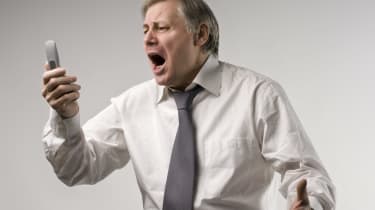 Microsoft has said it is going to investigate a potential issue with Windows Phone 7 devices after users complained their data was being used up without them knowing.

A number of users said despite not having used much of their 3G allowance, they had been warned by their providers about going over or close to their limit.

"With this phone I do not stream, I hardly surf the internet, I mostly have the location services turned off," explained one user named Julie G on the Windows Super Site.

"On December 22nd I received an email from AT&T saying that I was close to my 2GB data limit which truly shocked me as I feel I do not use data that much. I went and looked at my AT&T account online and noticed that my phone was sending huge chunks of data seemingly in patterns."

She said chunks of between 30MB and 50MB of data had occasionally gone missing.

Other users have complained of losing data chunks of around two to three MB, but it remained unclear what the fault was, if there was one.

Microsoft said it would look into the problem.

"We are investigating this issue to determine the root cause and will update with information and guidance as it becomes available," a Microsoft representative told the BBC.

Today marks another Patch Tuesday, with just two bulletins announced. One of the fixes was for a critical vulnerability affecting all versions of Windows.

Two known zero-day threats were not addressed in the update, one affecting the Windows Graphics Rendering Engine and the other Internet Explorer (IE). Microsoft did, however, acknowledge the issues.

"We continue to actively monitor both vulnerabilities and for Advisory 2488013 [the IE vulnerability] we have started to see targeted attacks," said Carlene Chmaj, Microsoft Trustworthy Computing senior response communications manager, in a blog.

"We continue to watch the threat landscape very closely and if the situation changes, we will post updates here on the MSRC blog."

Microsoft has also been working on a separate Internet Explorer vulnerability highlighted by a Google employee in his use of a debugger called 'cross_fuzz.'

"Microsoft continues to work on reproducing the 'cross_fuzz' vulnerability, but believes that it would be difficult to use it in a real-world exploit," explained Wolfgang Kandek, chief technology officer at Qualys.