Microsoft believes the term 'app store' is too generic for Apple to have a trademark on it. 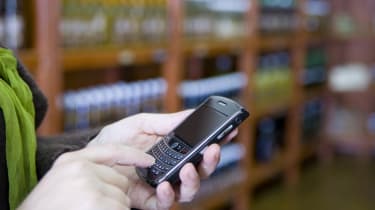 Microsoft has launched a legal challenge against Apple's trademark claim over the term App Store.'

The Redmond giant said in a filing with the US Trademark Trial and Appeal Board that the words app' and store' were simply too generic for Apple to have a trademark on the phrase.

"When viewed as a whole, the combination of the generic term 'app' with the generic term store' is nothing more than the sum of its parts and is not capable of identifying and distinguishing a single source," the filing read.

Microsoft even went as far as to provide dictionary definitions for both words that make up the phrase to prove just how generic they were.

The company said Apple's own use of the word app was proof of its generic nature.

"For example, Apple's website encourages consumers to discover 'apps made just for iPad,' and describes its App Store as offering tens of thousands of apps,'" the filing continued.

Apple chief executive (CEO) Steve Jobs was also cited as using the term app stores' when talking about competitors in the market.

Microsoft pointed to how the press uses the term app store' to define places that sell software apps.

The firm also said app store' was user by "many retailers" as part of their own application-selling stores.

"App store is a generic name that Apple should not be permitted to usurp for its exclusive use," the filing read.

"Competitors should be free to use 'app store' to identify their own stores and the services offered in connection with those stores."

As for whether Microsoft has challenged the App Store patent with another agenda in mind, considering its own virtual emporium is called Windows Phone 7 Marketplace, remains a mystery.

The news comes a week after Apple launched the Mac App Store. Over one million apps were downloaded from the store on the first day alone.

"We're amazed at the incredible response the Mac App Store is getting," said Jobs.

"Developers have done a great job bringing apps to the store and users are loving how easy and fun the Mac App Store is."