Terrorists, technology and fighting back

We investigate how extremists are using technology in their attempts to spread terror and threaten businesses. 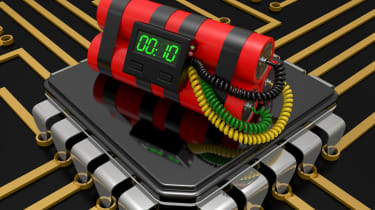 One way terrorists have sought to damage their foes is through harming the enemy's economy. Following the 11 September attacks on the Twin Towers, the US economy took a hit. Indeed the horrific attacks and resulting devastation helped push America into recession.

Simply put, Western businesses are at threat from terrorists solely because they contribute to the economies of whatever country they are based in. So corporations and public organisations alike should be at the least a little wary of the intent and technological proficiency of those who mean harm.

There are numerous ways businesses can prepare themselves for terrorist attacks, from business continuity and disaster recovery systems to simple education of employees.

Hypponen said companies should be ready for potentially catastrophic attacks, regardless of whether they are being targeted.

He pointed to the World Trade Center attacks, noting how some firms lost three-quarters of their workforce. It's a very sensitive issue but one that the corporate world needs to be mindful of nonetheless.

"It was also a very important hub for telecommunication, which created big challenges for companies in the neighbourhood when connectivity was broken," Hypponen said.

"It does affect every single employee. How do you keep yourselves capable of operating even if something disastrous or shocking happens?"

Companies planning to do business abroad are also advised to take care. The Government's UK Trade & Investment (UKTI) body has plenty of warnings about the dangers in each country. From Algeria to Yemen, there is much anti-Western sentiment out there.

For instance, UKTI's advice for businesses heading to Jordan reads thus: "Al Qaeda (AQ) view Jordan as a target because of its moderate and pro-western stance Western interests in Jordan are likely to remain priority targets."