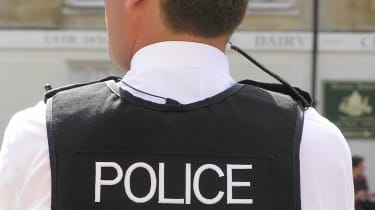 A Scottish police force is planning to trial various types of social media in an attempt to "enhance local policing and community engagement."

Tayside Police, based in South Perthshire, Scotland, announced the three month pilot of Twitter and Facebook today to enable community officers to keep residents up-to-date with a number of policing issues.

Citizens of Auchterarder, Crieff, and Kinross will be able to access tweets on crime prevention advice, road and traffic information and campaigns, amongst other local news. They will also be able to use a new online feedback tool MyPolice to easily contact and discuss issues with their local officers.

"Effective engagement is at the heart of policing in Tayside," said deputy chief constable of Tayside Police and the leader for digital and social media engagement, Gordon Scobbie.

"The revolution in digital technology means that people are engaging with services at their own convenience and in the manner, medium and at a time which suits them."

Scobbie put a particular focus on the importance of Twitter as it had become a major tool for reporting news ahead of more traditional media outlets such as TV or newspapers.

"We need to embrace this form of communication because if we don't engage with people via social media they will move on without us and we will miss the opportunity to influence them, making it much more difficult to re-engage with them later," he added.

"We also need to communicate more effectively with members of the public to let them know what we're doing. After all, nobody is going to be confident in an organisation who they don't hear from and who they can't engage with."

The scheme has got Government backing with MSP and cabinet secretary for justice, Kenny MacAskill, pledging his support.

"The Scottish Government recognises that it is vital that communities are empowered to participate in the planning of local strategies, and feel a sense of ownership of what happens within those communities," he said.

"Twitter and MyPolice will provide a further opportunity for meaningful conversation and Scottish Government awaits the results of the pilot with interest."

The scheme has been launched on the same day academics claimed smartphones and tablets could help in the fight against crime.

Dr Mohamed Gaber, based at the University of Portsmouth's School of Computing, said the portable devices, combined with wireless capabilities, could enable police officers to process information more quickly on location and speed up the process of solving crime.

He believed his research into finding a tool capable of streaming and data mining information on mobiles rather than in the back office could change the way Police conduct investigations, as well as aiding other sectors such as health care and business intelligence.

"Imagine police officers equipped with smartphones that can capture all the sensory information in a crime scene such as fingerprints and digital images," he said during a speech at the Tools with Artificial Intelligence conference. "All the data could be analysed locally and the results could be fused together in real-time to give them some insights and knowledge."

He added: "We have discovered that we can get excellent results with as few as eight mobile phones being used together where each phone handles a maximum of 40 per cent of the all the possible measurements."

The research is set to be published in a special issue of the Journal of Computer and System Sciences.