Marathon’s new everRun MX raises the bar for system-level fault tolerant servers and supports multi-core and SMP-capable applications too. Read this exclusive review to see how it achieves this and what happens when we pull the plug on it. 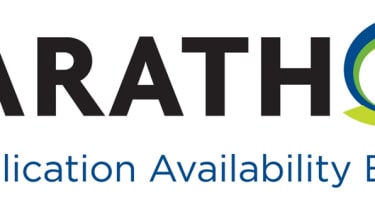 The everRun console acknowledged that the XenServer host had gone down and showed the PVM in degraded mode. However, there was no interruption to the tests as Iometer and the video playback both continued unabated and the RDP connection stayed up.

We then restored power to the secondary host and, once it was back online, the mirroring process was started automatically. After fifteen minutes we had our fully fault tolerant PVM back again. During the initial rebuild phase we noticed that the video playback became quite jerky for a couple of minutes, but at no time did we lose contact with the Windows Server OS running in the PVM.

You can also take snapshots of a PVM whenever required and this can be done on the fly - another advantage of MX. With HA you have to take the VI offline before a snapshot can be taken. Yet another useful feature is the ability to create new PVMs from selected snapshots. There's even less to do here as you simply select a snapshot, follow the wizard and leave Marathon to create VM's on both hosts, synchronise them and start up the new PVM.

It's taken Marathon a few years to get to this point, but everRun MX is vastly superior to the older FT and HA products. The ability to run multiple protected virtual machines all with system-level fault tolerance on one pair of servers is an impressive achievement, whilst support for multi-core processors and SMP applications currently makes it unique.

everRun MX represents a big step forward for Marathon as it has none of the limitations of its older HA software. It does away with the single-core restrictions for resilient VMs, provides complete system-level fault tolerance and our tests show it won’t miss a beat when a host system fails.