Five males are detained as part of an investigation into Anonymous actions. 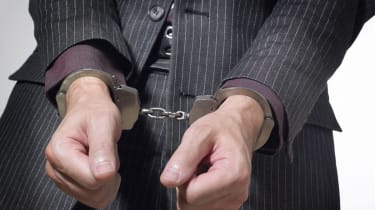 Five people have been arrested in relation to the pro-WikiLeaks Anonymous attacks.

Police said they were holding five males aged 15, 16, 19, 20 and 26 as part of an investigation into Anonymous' distributed denial of service (DDoS) attacks in support of Julian Assange's organisation.

Metropolitan Police started its investigation last year after the group had launched a range of attacks against firms who had blocked payments to WikiLeaks.

PayPal and MasterCard were both hit as part of the so-called hacktivist' attacks.

The detained males came from various parts of the UK, including the West Midlands, Northamptonshire, Hertfordshire, Surrey and London.

"This investigation is being carried out in conjunction with international law enforcement agencies in Europe and the US," a Metropolitan Police statement read.

In the UK, as in many countries, DDoS attacks are against the law.

In this country, anyone who is found guilty of carrying out "any unauthorised act in relation to a computer" where the person "has the requisite intent and the requisite knowledge" to carry out the act can be handed a maximum penalty of 10 years imprisonment and a fine of 5,000.

Anonymous grew in prominence last year, stealing headlines with its DDoS attacks against a range of sites.

The group recently launched strikes on the Tunisian Government, after Anonymous called for the nation's citizens to break free of what the group called "oppression."

Soon after the campaign began, Tunisians took to the streets to protest against the country's rulers.

President Zine al-Abidine Ben Ali has now been deposed and an interim Government is in place.

Many security professionals believe 'hactivism' will become even bigger in 2011.

"For the generation who grew up with the web it seems to be perfectly natural to express their disagreement over something with attacks like these," Mikko Hypponen, chief research officer at F-Secure, told IT PRO.

"They consider it an expression of their opinion. However, it's still illegal."