The FBI issues 40 search warrants in relation to an investigation into Anonymous DDoS attacks. 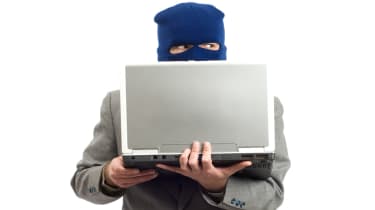 The FBI has issued over 40 search warrants as part of an investigation into Anonymous distributed denial of service attacks.

The US law enforcement body made the announcement yesterday after UK police arrested five males as part of an investigation into Anonymous.

Anonymous made headlines last year after launching a number of DDoS attacks against companies that had stopped serving WikiLeaks.

Security professionals believe those being investigated were using the LOIC (Low Orbit Ion Cannon) tool to carry out DDoS attacks.

"These distributed denial of service attacks (DDoS) are facilitated by software tools designed to damage a computer network's ability to function by flooding it with useless commands and information, thus denying service to legitimate users," an FBI statement read.

"A group calling itself Anonymous' has claimed responsibility for the attacks, saying they conducted them in protest of the companies' and organisations' actions."

The FBI reminded people that facilitating or conducting a DDoS attack is illegal and, as in the UK, anyone found guilty of participating in such attacks could get up to 10 years in prison.

"Suggesting that creating a multi-purpose tool is the reason they are executing these warrants strikes a chill in me," said Chester Wisniewski, senior security advisor at Sophos Canada, in a blog post.

"That would be like going after Stanley Tools for making the box cutters that the 9-11 hijackers used. I hope it is an honest mistake."

Yesterday, Mikko Hypponen, chief research officer at F-Secure, told IT PRO he believed those arrested in the UK had used the LOIC tool in pro- WikiLeaks DDoS strikes.

He said if an internet service provider released IP logs, it would be simple to locate LOIC users.