The popularity of tablets has exploded in the past 12 months, but is this due to the introduction of operating system suitability? 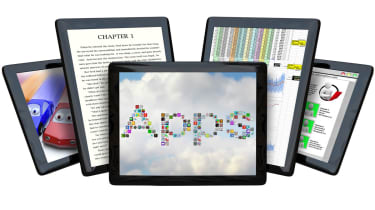 This year is being widely dubbed the year of the tablet. And it's hardly surprising, following the amount of tablet talk and devices being unveiled at the Consumer Electronics Show (CES) earlier this month in Las Vegas.

No less than 10 tablets were launched, the majority of which are based upon Google's mobile OS Android.

Stars of the show included the Motorola XOOM, Dell's Streak 7 and Streak 10 devices, and the Asus Eee range.

But do these lightweight tablets mean a revolution is in store, or are they just a fashion statement that can't compete with the more powerful Windows 7 and Linux-based tablets?

However, he doesn't see the operating system as the most important factor. Instead it will be the device's form factor and feature set that really grabs users attention. Especially in the business world.

"This doesn't mean it has to be special OS Windows 7, or Phone 7 if there is a need for some specificity, can run in such a space, and if Windows 8 is anything like it should be, then it will be pretty good here," Longbottom added.

However, James Coulson, ViewSonic's European marketing manager told IT PRO that the platform is key. Precisely which platform will win out then is in users' hands.

"Mobile-only operating systems need to mature for the business and enterprise market before any single entity becomes standard," he said.

"Business users wanting to adopt tablet technology now will have to use Windows 7. Android and such other mobile' operating systems do not offer management, security and functionality required. The market will not be clear, hence it is important for users to evaluate carefully, rather than follow a trend."