Intel expects to lose $300 million in revenue in the fourth quarter after finding a flaw in a Sandy Bridge support chip. 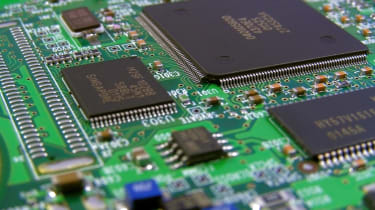 Intel has said a fault in one of its support chips will need "a silicon fix," which has led to downgraded revenue expectations for the first quarter of 2011.

Indeed, the company said the issue is likely to reduce revenue by around $300 million as the company stops production of the current version of the Intel 6 Series chipset, known as Cougar Point, and starts producing the new one.

Intel estimated the overall cost to repair and replace the affected parts would be $700 million.

The company discovered ports within the affected chipsets, which are used in PCs with the company's latest generation Sandy Bridge processors, could degrade over time.

"The only systems sold to an end customer potentially impacted are Second Generation Core i5 and Core i7 quad core based systems," Intel said in a statement.

"The company expects to begin delivering the updated version of the chipset to customers in late February and expects full volume recovery in April."

Intel stressed there were no issues with the Sandy Bridge chip design and no other processors were affected by the Cougar Point problem.

Only those support chips shipped after 9 January are affected and Intel believes "relatively few consumers" have been affected.

"Intel stands behind its products and is committed to product quality," the firm added.

"For computer makers and other Intel customers that have bought potentially affected chipsets or systems, Intel will work with its OEM partners to accept the return of the affected chipsets, and plans to support modifications or replacements needed on motherboards or systems."

The issue does not seem particularly urgent for customers just yet, as much as it might damage Intel revenues in the near-term.

"Intel believes that consumers can continue to use their systems with confidence, while working with their computer manufacturer for a permanent solution," the firm added.

Early adopters won't be overly happy and neither will Intel itself, but by the end of the year it should be a blip considering full-year results are expected to not be hugely damaged.