Offline Egyptians can call up international numbers if they want to tweet. 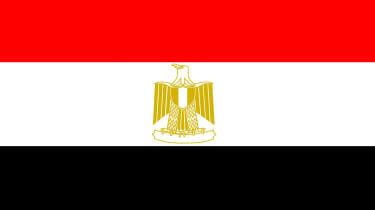 Google and Twitter have teamed up for a service allowing internet-deprived Egyptians to post messages on the micro-blogging site.

Internet access in Egypt now appears to have been cut off completely after the last main ISP, the Noor Group, lost connectivity this week, according to reports.

The message will then be automatically tweeted using the hashtag #egypt and people can listen to messages by dialing the same phone numbers or visiting to twitter.com/speak2tweet.

Google's recent acquisition SayNow was also involved in setting up the service.

"Like many people we've been glued to the news unfolding in Egypt and thinking of what we could do to help people on the ground," said Ujjwal Singh, co-founder of SayNow, and AbdelKarim Mardini, Google product manager in Middle East & North Africa, said in a joint blog post.

"We hope that this will go some way to helping people in Egypt stay connected at this very difficult time. Our thoughts are with everyone there."

Protestors have taken to the streets in Egypt to challenge the 30-year rule of president Hosni Mubarak.

Thousands gathered today in Cairo as they stepped up their efforts to remove Mubarak from power.

Facebook appears to have been important in helping Egyptians organise revolutionary activity.

The social network was home to 42 per cent of the country's traffic on 27 January, the day before Egypt's main ISPs went offline, figures from zScaler showed.