Analysts and cabinet members have hailed the appointment of Joe Harley as Government CIO. 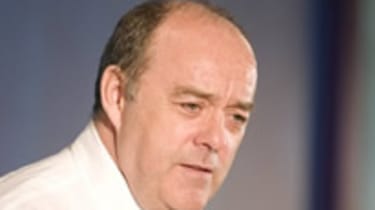 Joe Harley has been appointed chief information officer (CIO) for the UK Government, moving over from the Department of Work and Pensions (DWP).

He will come in after John Suffolk announced he would be stepping down from the post last year.

As part of his role, Harley will chair the public sector-wide CIO Council and help appoint new CIOs across central Government.

Minister for the Cabinet Office Francis Maude welcomed the addition of Harley, saying he has been one of the most successful CIOs from the private sector and had been "superb" in his DWP role.

"The whole of Government will benefit from his exceptional strengths and experience," added secretary of state for the DWP Iain Duncan Smith.

"I welcome the fact that Joe will be able to draw upon the considerable ICT expertise that exists in Government as he leads the programme which will deliver Universal Credit IT."

Harley will be tasked with putting together the IT to deal with the Universal Credit benefit system, announced in the latter half of 2010.

The whole system should be simpler than the current one, according to the Government, bringing in all the various work-related benefits into one payment.

The basic payment would come with various add-ons for different disabilities and age groups, however, meaning IT administration would not be a simple task.

Ovum analyst Sarah Burnett said Harley had a solid track record, making him the right man for the job.

"We believe that Joe Harley is a good choice with a proven track record at the DWP where he has helped reduce IT spending through outsourcing of infrastructure and related services, as well as centralisation of capabilities and delivery of shared services such as the Customer Information System," Burnett said.

"The demand on Harley's time is going to be significant and so we believe that he and Bill McCluggage, the deputy government CIO, will have to work in close collaboration with each other and with other departmental CIO's to see government strategy through to implementation."