Jeremy Hunt calls on Ofcom to see if website blocking is actually feasible. 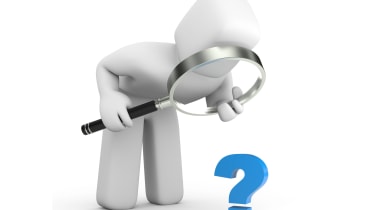 Ofcom has been asked to look whether website blocking, as allowed by the Digital Economy Act, could genuinely work.

Culture secretary Jeremy Hunt has called on the regulator to explore the controversial issue, which means websites can be blocked if they are found to have infringed copyright.

The legislation had been criticised by both ISPs and privacy groups alike, albeit with different interests at heart.

Site blocking requires secondary legislation if it is to be permitted.

Whilst the practicalities of website blocking are to be reviewed, Hunt said he was still behind such as action to fight illegal downloading.

"Before we consider introducing site-blocking we need to know whether these measures are possible."

Deputy Prime Minister Nick Clegg said nothing of whether he agreed with website blocking, but noted reform of the Digital Economy Act did not form part of the Coalition Agreement.

"We will await the conclusions of this work before we take a decision about the way forward," Clegg added.

Ofcom is currently getting ready to send out notifications to those identified as sharing content unlawfully via file-sharing networks.

Peter Bradwell, campaigner at the Open Rights Group, said it was important to understand sites that could be blocked will not necessarily be used for illegal downloading, but for legitimate sharing too.

This could add more confusion to the implementation of the Act, as no robust analysis of what kind of file-sharing activities cause real harm, Bradwell told IT PRO.

"Apart from serious practical problems, it is just too likely to lead to restrictions on the legitimate uses of the technology," he added.

"In our view web blocking is an absolute last measure to be reserved for the most serious of crime only. That's what we will be saying to Ofcom."

A judicial review into the Act has also been called, which will feature ISPs as well as rights holders, the latter of which will argue in favour of the legislation.