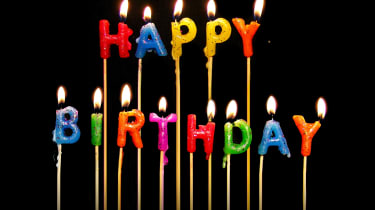 It does so on the verge of reaching the astronomical figure of 600 million users almost 10 times the UK's population leaving behind a rambling legal battle about its origins and even with an Oscar nominated movie about its history in the limelight.

Facebook, which started as a social networking site for students, is increasingly becoming a battlefield for businesses to fight for new customers and larger popularity. The rich demographic, geographic and even psychographic data that users post on Facebook is invaluable for business to develop effective campaigns to attract them.

Being among the two most trafficked websites in the world, Facebook draws a much bigger crowd than any of the traditional media outlets. It is also a platform to launch PR and advertising campaigns that are many times not even perceived as such.

There are even websites that analyse Facebook's statistics and demographics so businesses can get the most from the goldmine, or rather customer-mine, that Facebook has clearly become for them.

We look back at the intense seven years of its history.

October 2003 Mark Zuckerberg, at the time a second year Psychology student at Harvard, creates Facemash, a social-networking site that allowed users to rate their classmates' attractiveness.

The website is ultimately shut down by Harvard Administration and Zuckerberg faces expulsion for violating individual privacy, although the charges against him end up being dropped.

February 2004 Zuckerberg launches the "The Facebook" under the domain thefacebook.com. Within one month, over 50 per cent of Harvard's undergraduates had signed up and had a profile on Facebook.

February 2004 One week after "The Facebook" is created, Cameron Winklevoss, his twin brother Tyler and Divya Narendra accuse Zuckerberg of pilfering their profitable idea to build "The Facebook," whilst misleading them to think he would help them build another social network. A legal battle is started.

March 2004 "The Facebook" expands to Stanford, Columbia and Yale universities and subsequently, to most universities in the US and Canada.

June 2004 "The Facebook" moves its headquarters to Palo Alto, California. The company decides to drop the "The" from its name, after buying the domain facebook.com and is called Facebook from then on.