A Stephen Elop memo gives a strong indication Nokia is in trouble, but how serious is the crisis? 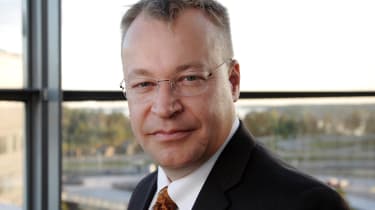 ANALYSIS Nokia is a company in turmoil, if you believe reports splattered across the web today.

And it has become increasingly hard to deny the firm really is faltering, especially in light of a reported memo from Stepen Elop, Nokia's recently appointed boss, outlining the state of the Finnish manufacturer.

Elop reportedly told Nokia staff that the company was atop a "burning platform," as competitors like Google Android and the Apple iPhone eat away at its market share.

Figures today further confirmed what Elop said in the memo, showing the firm's mobile market share had been eroded away even further.

So how serious is the crisis at Nokia, the once indomitable mobile giant?

Although cracks at Nokia began appearing some time ago, this year has not started well for the firm, with various pieces of bad news hitting the company.

A report from Bernstein Research showed Nokia had spent more funds on research and development than both Apple and HTC. The data indicated the Finnish firm had been spending almost three times the average of its competitors, yet results indicated the investment had not helped turn the company decline around.

Company results posted at the end of January did not provide any succour. Profits fell yet again in the last quarter of 2010, as operating profit dropped by 26 per cent compared to the same period in 2009. The firm's devices and services segment saw a 24 per cent fall, and shipments dropped three per cent year-on-year.

Not long after the results were posted, a Canalys report rubbed salt in the wound by showing the Symbian OS had been toppled by Google Android in the worldwide smartphone software rankings. Phonemakers sold 32.9 million Android-equipped phones globally in the fourth quarter, compared with Symbian's 31 million sales.

An IDC report from this week again highlighted Android's rise and Nokia's stuttering.

All of this led up to the leak of Elop's memo, calling for the company to sink or swim. It revealed what everyone had suspected: Nokia was in trouble.