The Government has crushed the ID card scheme database, putting the final nail in the coffin of the controversial initiative. 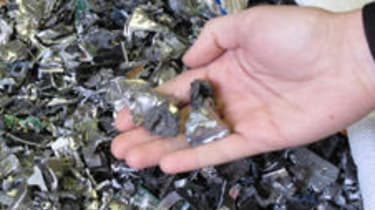 Around 500 hard disk drives and 100 backup tapes were crushed to pieces as the Coalition sought to bring an end to the much-maligned scheme.

The cards officially ceased to be valid legal documents on 22 January and now the National Identity Register has truly been put to bed.

Around 13,000 UK citizens had already acquired ID cards, which were first proposed by the Labour Government in 2005.

No refunds have been offered to those who signed up but the Government has claimed the 400,000 to scrap the scheme would save around 80 million, which would have been needed to keep the initiative going.

Despite dismantling the scheme, the Government still came under fire for delaying publication of the National Identity Service Independent Assurance Panel's report into ID cards.

The report noted how the initiative was hampered by poor design and management.

The Big Brother Watch criticised the Government for the delay, claiming the administration "basically had other things to do and did not "consider it important enough" to release the report to the general public in a "timely manner."

See below for footage of the database demolition: