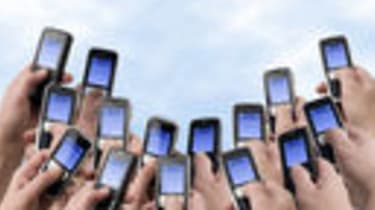 The European mobile industry will get its chance to wave goodbye to Google's outgoing CEO, Eric Schmidt, at this year's MWC.

Before the CEO takes his final bow in April, he will be taking to the stage on Tuesday to deliver a keynote speech to attendees, which is likely to be standing room only.

The internet search giant, which has increasingly been making its mark on the smartphone segment, is not expected to unveil any hard hitting news at the show, as it has already revealed updates to its operating system.

The upcoming Android 2.3 - codenamed Gingerbread - was unveiled in November and is set to incorporate Near Field Communications (NFC) technology, enabling devices to be used as credit cards making touch payments.

However, what is more likely to encourage the corporate user is the push towards marrying the mobile software with internet-based services, such as turn-by-turn navigation or real-time language translators - great for the business traveller.

Google has also confirmed its upcoming Android 3.0 OS, designed specifically for tablets. Although there are arguments about whether tablets are suitable for corporate life, the new update includes ramped up administration policies, such as encrypted storage and password expiration, making at least the security concerns fade a little.

Announcement-wise, Google will not be showboating but it will still have a massive part to play as a huge number of Android-based handsets and tablets are set to be announced throughout MWC.

Make sure you check out IT PRO from Sunday for all the news and hands on reviews of the launches from MWC 2011.