Nokia and Windows Phone 7: The verdict

Nokia has made Windows Phone 7 its chief platform. We look at whether it's the best move the Finnish firm could have made in the midst of a crisis. 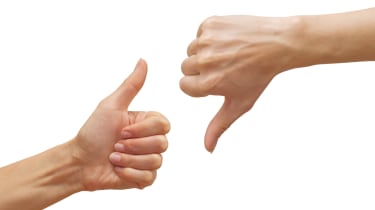 ANALYSIS The jury is out on whether Nokia has made the right decision in choosing Windows Phone 7 over other platforms.

Nokia chief Stephen Elop said there were three options on the table: go with Microsoft, stick with and develop Symbian and MeeGo, or opt for Android.

The decision to stay away from Android, which is set to become one of the top two operating systems alongside Apple's iOS, was put down to saturation in the Android market.

Elop said Nokia would not have been able to make as big a splash in the Android ecosystem as it would with Windows Phone 7.

So did the Canadian make the right decision? And what does the future hold for the Finnish firm?

There will no doubt be a lingering feeling in Elop's mind that Android could have been the right choice.

There has even been a little back and forth between Google and Elop himself this week.

Elop responded with a message referring to the Wright brothers, forefathers of manned flight: "Two bicycle makers, from Dayton Ohio, one day decided to fly."

Despite Elop's bullishness, some have concerns about the decision to avoid Android.

Scott Sutherland, managing director of equity research at analyst firm Wedbush, said he had reservations about Elop's assertion that there were too many other manufacturers in the Android space for Nokia to make a splash.

"Nokia still has a differentiation by manufacturing and supply chain scale," Sutherland told IT PRO.

"I don't think anyone compares to Nokia within the industry. They still have a pretty strong brand name globally outside of the US."

Looking at shipping figures, Android has performed far better than Windows Phone 7, according to Sutherland, who noted it has become "really tough" to make a mark in the smartphone OS market.

Despite gaining many plaudits for its design, Windows Phone 7 is yet to take off and hasn't exactly been a massive sales success.

Android, meanwhile, saw massive growth in 2010 of 888.8 per cent, according to Gartner figures released this week.