Nokia confirms the first device based on Microsoft’s mobile operating system will be released within the year. 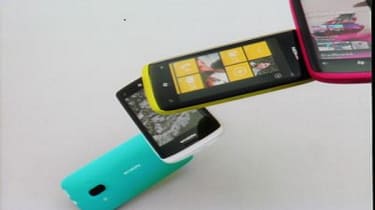 The first Nokia handset based on Windows Phone 7 is set to be launched within the year, the company has confirmed.

At the first press conference of Mobile World Congress 2011 (MWC), Nokia chief executive (CEO) Stephen Elop took to the stage to give more details on his company's tie up with Microsoft.

However, the more exciting news came from the new senior vice president (SVP) of smart devices, Jo Harlow, who confirmed the first handset would be launched in 2011.

"We have had teams working together to solidify the timing of the first Windows Phone product," she said, "but my boss has told me that he would be much happier if that was in 2011 Boss, I aim to please."

Harlow also confirmed the leaked photos from earlier in the week were genuine devices engineers had been working on and showed an extra photo to get tongues wagging.

The newly appointed SVP had some comfort for Symbian fans too. She said a "significant short term investment" would be made into the platform in the coming months, with a revamp of the user interface and improvements in graphics being made available on new devices and through software updates.

Elop tried to allay fears for MeeGo fans as well, claiming he had been in regular contact with Intel whilst working out the deal with Microsoft. He also confirmed he would be meeting Paul Otellini, Intel's CEO, on Tuesday to discuss the operating system strategy going forward.

Focusing on the new Microsoft partnership, Elop continued to refer to the deal as creating a "three horse race" between Nokia, Apple's iOS and Google's Android OS. However, IT PRO asked the CEO if he was missing one out in the form of BlackBerry, especially for enterprise customers.

He shrugged the question off, however, saying with the likes of the Nokia C3 "the biggest selling block QWERTY device" according to Elop Nokia had the business market covered.