The company takes its place in the ‘tablet wars’ with its own device and partners up with YouTube for 3D mobile video. 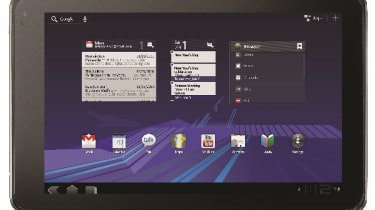 LG has unveiled its debut tablet the LG Optimus Tab on the opening day of Mobile World Congress 2011 (MWC) in Barcelona.

Breaking with convention, the Optimus Pad measures in at 8.9in, which the company claimed made it both portable and productive, as well as possible to hold in just one hand.

Weighing in at just 630g and with 32GB of storage, LG hopes to take on the big guns of the tablet market with a device which it claimed was "crafted for work and play."

Pricing was not confirmed for the Optimus Pad but the company did announce it would begin shipping from March this year.

We got a hands-on with the device at MWC 2011 so check out our video below.