Steve Ballmer confirms the browser will be available on Microsoft’s mobile platform soon, along with multitasking and extra Office capabilities. 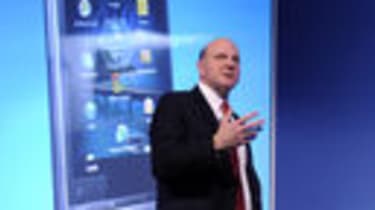 The confirmation came from chief executive (CEO) Steve Ballmer, during a keynote speech at Mobile World Congress 2011 (MWC) in Barcelona.

The CEO was joined on stage by his corporate vice president of Windows Phone, Joe Belfiore, who added: "The core browsing engine of IE9 that ships on PCs is the same core engine that will ship on phones that is great news for developers because when website developers create a site and it works well on PCs, [they know] it will work well on mobile as well."

Although Microsoft would not confirm the release date, it did reveal two other additions to the update for "later this year."

Firstly, multitasking for third-party applications will be included something the company had purposely excluded up until now, citing reasons related to battery life.

Secondly, small business users and consumers will be able to use Microsoft's lower level SharePoint-style software, SkyDrive, to share documents and edit or view files on the move.

Before this release, however, Ballmer confirmed the first update to Windows Phone 7 since its launch would come at the beginning of March. However, details are scarce and it is thought it will likely only incorporate copy and paste functionality and a few performance boosters.

Both updates will be free to users and available on every Windows Phone 7 device.