Intel shows off how MeeGo looks on tablets, but will it be enough to save the platform? 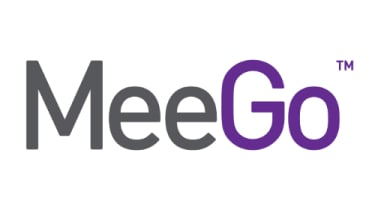 Intel has shown off a MeeGo tablet experience just days after Nokia said it had plans to make the OS more of an experiment.

Following the coming together of Nokia and Microsoft, many were left confused about what would happen to MeeGo once hailed as a possible saviour for the Finnish firm.

Nokia said last week it would use its experiences with a MeeGo device, due for launch this year, to better understand what the future trends will be in the mobile OS market.

Intel, however, seems fairly bullish about what MeeGo can do as a product on its own and has shown off the OS at Mobile World Congress in Barcelona this week.

"MeeGo puts the user at the centre of the operating system," said Darren Wilson, a MeeGo design manager.

Wilson said that with tablets, MeeGo can provide users with greater detail to make the experience more personalised.

"Working with Intel we have the opportunity to gain access to cutting edge technology while it's being developed," he added.

"A lot of other operating systems have got a lot of legacy and they don't have the opportunity to push the boundaries that we do."

MeeGo on its last legs?

When Nokia announced it would put MeeGo on the backburner, many started wondering about the future of the open source OS.

However, Ovum principal analyst Tony Cripps told IT PRO MeeGo is not doomed just yet.

"I wouldn't necessarily predict that MeeGo is dead and buried just yet," Cripps said.

"It's still in the interest of some of the other supporters to investigate whether it has potential with the class of devices they're looking at using it on."

Cripps claimed the initial implementations of MeeGo did not appear to do anything spectacular when compared to other operating systems. So now the challenge is to differentiate itself, he added.

"Just producing another grid-type interface, however slick, was never really going to be enough," he said.