Roaming charges in the EU are just too high, according to a senior member of the European Commission's Digital Agenda team. 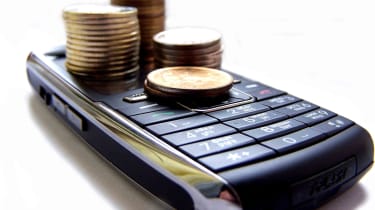 EU citizens are being ripped off when it comes to roaming charges and the system needs to be fairer, according to a senior member of the European Commission.

Speaking at Mobile World Congress 2011, Neelie Kroes, vice president of the European Commission responsible for the Digital Agenda, said the cost of using a mobile abroad was simply too high.

She was talking after a European Commission survey showed nearly three-quarters of Europeans were worried about the cost of using their mobiles when traveling across the EU. The majority of respondents said they limited their roaming calls because of high charges.

Kroes explained how voice roaming prices within Europe are over three times the level of domestic charges, whilst the data roaming situation is "even grimmer."

"The consumer often pays less than five cents for downloading a MB of data at home, but this may turn into 2.60 per MB when the same consumer crosses an invisible border," she told delegates in Barcelona.

"I would love to be able to say to you today that the roaming market is competitive; that data roaming charges approach domestic prices; that bill shocks are a thing of the past; that prices for voice and SMS roaming are not clustered around the maximum levels permitted. Regrettably I cannot."

She admitted data roaming charges had fallen significantly, but this was not being matched in lower retail prices.

"Incentives to compete on roaming prices are not as strong as the pressures on domestic prices. But that is not a justification for the current rip-offs," Kroes said.

The Digital Agenda has set a goal of cutting the difference between roaming and national prices to close to zero by 2015. Currently, the EU employs a capping policy to regulate how much providers can charge.

"It may be that no single approach will do the job on its own," she added.

"While I doubt that time may in itself solve our problems, it seems difficult to think that we can maintain price regulation forever."