The chief financial officer of the Orange and T-Mobile joint venture claims it will serve the UK economy well. 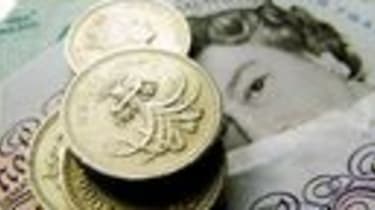 The UK economy is set for a much needed boost, according to a senior executive of the biggest phone operator on our shores.

Richard Moat, chief financial officer (CFO) of Everything Everywhere the holding title of the Orange and T-Mobile merger claimed his company's investment into networking and IT was set to give a cash injection to a region which suffered heavily during the economic downturn.

"The deal will be good for the UK economy as we will invest 2.5 billion over the next five years in networks and IT," he said during a presentation at Mobile World Congress in Barcelona.

Moat continued by praising the attitudes towards investment in the UK when compared to elsewhere in the world.

"The UK [is] one of the few regions where there is continuing significant investments, aggressive investments, in networks and IT," he said. "A lot of other countries have drawn back because of the impact of the recession"

However, despite these positive comments, Moat acknowledged there were things his company needed to work on and the number one priority was customer retention.

"Above all we want to increase retention and loyalty," he said. "We have not been the best, either individually or together, in terms of churn in the UK market but we have made significant pathways into this over the last 12 months, in fact, and that is continuing as we move forward into 2011.

He proclaimed Everything Everywhere wanted to be known as the "UK retention champion" and it would work hard until it achieved such a goal.

What colour is the future?

There has been a lot of negative press surrounding the not-so-catchy name of the merged companies, but the CFO claimed Everything Everywhere was by no means set in stone.

"We got two great brands, Orange and T-Mobile and at the moment we are continuing to run them together in the market," said Moat. "A lot of people thought that maybe we would put it straight away into the same brand but operators who are at that sort of level of market share have two or multiple brands they are using."

He said with Orange aimed at the "mass premium" market and T-Mobile at the lower end things were working well, but the shareholders had only given them until October to figure out the brand strategy.

Moat concluded by saying that Everything Everywhere might remain the brand name but no decisions had been made as yet.