Huawei is reportedly close to securing the deal, but TFL says it is still talking to a number of providers. 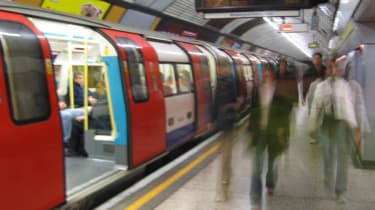 Transport for London (TfL) has remained tight-lipped over reports it will work with Huawei to bring mobile connectivity to the Underground.

Mayor of London Boris Johnson hopes to install a mobile network on the tube in time for the 2012 Olympics.

TfL has confirmed little, explaining it is still in talks with a range of providers.

"Transport for London and the Mayor of London are currently in discussion with mobile phone operators and other suppliers about the potential provision of mobile phone services on the deep tube network," a spokesperson said.

"Given the financial pressures on TfL's budgets, any solution would need to be funded through mobile operators with no cost to fare or taxpayers. Discussions are ongoing."

Over the weekend, the Financial Times reported Chinese manufacturer Huawei was close to securing an agreement with TfL, which would mean it would supply the telecoms equipment for the service.

Thales would install and maintain the network, whilst UK mobile operators would be responsible for connectivity.

Huawei confirmed it was in the bidding process to win the contract, but would not elaborate, citing business confidentiality reasons.

Concerns have been raised that enabling the use of mobile phones on the tube could aid terrorist activity on the public service.

Despite these worries, many are pleased that such connectivity is at least technologically possible now.

Richard Thurston, Ovum analyst, felt relieved progress was finally being made after a number of delays to the project.

"The London Underground has been one of the UK's worst mobile blackspots and is almost unique among major European city metro networks in not having mobile coverage," he said.

"Now Londoners can look forward to being more productive on the move. This network will bring real and measurable economic benefits that the UK badly need."

However, he was not convinced the mobile network would cover the entire Underground in time for 2012.

"The project has been delayed for years because of revenue sharing, infrastructure sharing and installation challenges," Thurston added.

"Most of those challenges remain, and we expect this project will continue to prove troublesome."