Since Watson won Jeopardy!, IBM's World Community Grid has seen a 700 per cent surge in volunteers. 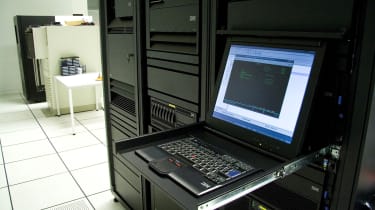 IBM's Watson supercomputer has resulted in a huge boost to the tech giant's World Community Grid.

Watson recently came out as winner of a three-night long marathon of US gameshow Jeopardy!, beating two of the show's best-ever contestants.

The World Community Grid, which uses the collective spare power of computers from across the world to assist scientists and researchers, subsequently saw a 700 per cent spike in the number of volunteers who supply the additional juice.

The huge virtual supercomputer is designed to help those scientists working on humanitarian challenges, such as HIV/AIDS treatments.

To become part of the World Community Grid, users simply need to install a software program on their computers, as long as they are running Microsoft Windows, Macintosh or Linux operating systems.

"Watson's performance on Jeopardy! has captured the imagination of millions of viewers who understand the power of computing to benefit humanity," said Stanley S Litow, IBM vice president of corporate citizenship and corporate affairs and president of Big Blue's Foundation.

Elsewhere, six different organisations will share $500,000 (308,000) prize money, which IBM has announced as part of the community project.

IBM has also teamed up with Nuance Communications to explore how Watson's analytics capabilities could be used in the healthcare industry.

The pair will explore how the supercomputing capabilities can be matched up with Nuance's speech recognition solutions to help diagnose and treat patients.