We test the latest version of the best known network management suite to see how it stacks up. 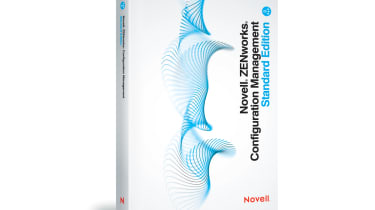 The software install function is straightforward and involves minimal scripting, so you can easily install and configure software across the network. Devices in ZENworks are organised into both folders and groups. This allows you, for instance, to create geographically-based groups but organise the same machines into folders based on their users departments. You can therefore be very specific in how you apply polices, updates and software without having to balkanise your network into lots of very small logical groups of devices.

A new feature in version 11 is location awareness. ZENworks now allows you to specify different network locations, which it recognises based on criteria such as the IP address of the DNS or DHCP servers. The suite will then apply different policies depending on where the user is, such as locking down security in unknown locations.

Other new features include improved Linux management the suite now has the ability to inventory the software and hardware on Linux clients (again only on SuSe and Red Hat, we couldn't get this to play nicely with Ubuntu). The reporting function has also been improved, making it easier to gather information on things such as security and power management policies. The suite also comes with a patch management feature; similar to Microsoft's WSUS but it allows you to manage Windows and Linux patches from a single interface.

At 49 ex VAT per license, managing a large network isn't going to be cheap. Nevertheless, as a single tool for such a wide range of functions, including cross-platform support, Novell ZENworks will simplify and streamline your IT environment.

Novell ZENworks is easy to use, integrates well with Active Directory and makes it possible to do an awful lot of management and support without ever leaving your desk. You'll only really need it if you have a big network, so there's no getting around its high cost.