Pulse 2011: Watson not aiming to take on Google

IBM's supercomputer may have taken on the big brains during a game of Jeopardy! but the company has no plans to tread on Google's toes in the search space. 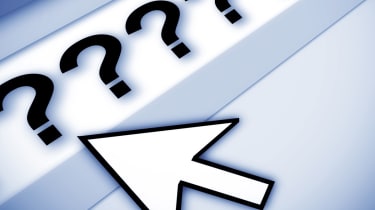 While some of the world's biggest brainiacs were left reeling following a Jeopardy! defeat by IBM"s Watson supercomputer, tech rivals in the search space can rest easy.

For Big Blue has no plans to use its supercomputing prowess to take on the likes of Google, according to Steve Mills,

"The Watson [project] had some unique challenges," he told a press conference at IBM's Pulse 2011 event in Las Vegas.

"How do you create mini Watsons, baby Watsons? We learned a lot as to what it would take to make it commercial."

IBM's Watson is clearly a computing behemoth - it is comprised of some 90 blade servers and boasts 15 terrabytes of storage - whose usefulness spans a wide variety of potential applications and sectors. One area it doesn't plan to tap into, however, is Google territory.

"IBM is out to make money on its technology...We're not interested in competing with Google in the business they're in," Mills said.

"It doesn't make sense to spend a massive amount of money to do some sort of super web crawling system. You've been watching what's going on with Bing," Mills was reported as saying by eWEEK.

Mills added: "Your brain is part of the Google experience. There's a market for that, obviously."

But it's clearly a market IBM isn't looking at right now.

One area Big Blue is looking at as far as Watson is concerned though is healthcare. The company confirmed it is already in talks with both US and European chemists and healthcare departments to see how a smaller-scale Watson could help them provide a better service.

The news follows a recent deal IBM signed with voice recognition giant Nuance, which aims to make use of Watson's hefty analytical capabilities in the healthcare space.

"Combining our analytics expertise with the experience and technology of Nuance, we can transform the way that healthcare professionals accomplish everyday tasks by enabling them to work smarter and more efficiently," IBM Research's Dr. John Kelly last month when the announcement was made.

"This initiative demonstrates how we plan to apply Watson's capabilities into new areas, such as healthcare with Nuance."

The first fruits of the deal are expected within the next two years.