The London Stock Exchange was just one of the sites affected by a malvertising scheme. 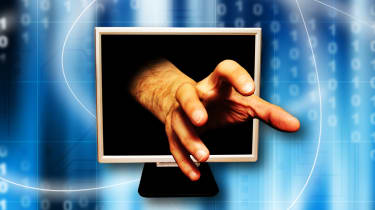 A hack on an ad firm could have placed tens of thousands of people in danger, it has been reported.

The ads were seen redirecting to a site targeting a number of exploits in Microsoft's Internet Explorer, according to Websense.

The ads were not delivered by the websites themselves, but served through ad provider Unanimis, which was the victim of a hack.

The malicious ads led to a diagnostic screen popping up, attempting to download fake anti-virus onto the user's computer.

"The dropped file installs a rogue anti-virus on the user's computer - the software tells users that their computer is infected and offers a cleaning anti-virus' for $59.95," the security firm said in a blog post.

"In the meantime the software disrupts the use and ordinary functionality of the computer by hogging CPU power, displaying disturbing pop-ups and more."

Cyber criminals managed to gain unauthorised access to Unanimis' ad servers, injecting malicious code once inside the systems, the ad firm's operations and IT director David Nelson told IT PRO.

Nelson said the firm was investigating how the hackers initially managed to compromise its servers.

Unanimis got in touch with the affected sites, of which there were nine in total. Nelson could not reveal what the other six sites were.

Talking about claims that tens of thousands of web users could have been hit, Nelson said the reality was the web audience in the UK was large so the estimates could feasibly be correct.

"As an off-hand comment, it could have affected tens of thousands of people," he added.

"We are awaiting some analysis on the amount of unique users and we believe it will actually be a smaller pool than that."

Unanimis will now carry out a review of its procedures and processes to bolster its defences.

So-called 'malvertising' - or 'maladvertising' - has been a problem facing online businesses for some time.

Towards the end of 2010, hackers infected both Google and Microsoft's online advertising networks.