The Government is wasting billions in time and money thanks to IT failures, a report claims. 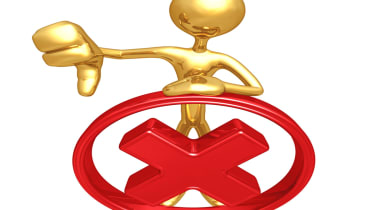 The Government is neither getting the basics of IT right nor keeping up with the pace of technological developments, a report has claimed.

According to the Institute for Government, the mismanagement of systems has led to billions being wasted in time and money.

These failures have come despite around 16 billion a year being spent on IT, the body said.

"Most attempts to solve the problems with Government IT have treated the symptoms rather than resolved the underlying system-wide problems," the report read.

"This has simply led to doing the wrong things better.'"

Despite some successes, the Government's IT reputation has been hit by repeated high profile failures, the report claimed.

It said the Government's approach to IT was "fundamentally flawed for our times" and the administration was "trapped in an outdated model," which has tried to "lock project requirements up-front and then [proceed] at a glacial pace."

A completely new approach is required to sort out the mess, according to the body, so the entire system is more flexible and adaptable.

The report called for a shared platform to simplify IT across Government departments.

"The platform must address the basics effectively in order to free up specialist time and resources to take advantage of new opportunities," the Institute for Government advised.

"Equally, as agile approaches are used to explore new opportunities, innovations are scaled up and better technologies and approaches are fed into the platform more rapidly."

The System Error report was based on 70 interviews with Whitehall insiders, suppliers and external experts.

"Government has a large and complex IT estate and the majority of it works efficiently and effectively," Harley said.

"However, we are always looking for ways to improve and this report has a number of very useful recommendations for us to consider as we formulate our ICT Strategy."

Andrew Adonis, director of the Institute for Government, said the report showed why radical IT reforms were needed.

"The billions spent on cancelled IT projects, such as ID cards and National Programme for IT, demonstrate precisely why we need a much more flexible approach to government IT," Adonis said.

"If a new approach to IT in government is not now put into practice, this will risk further haemorrhaging of public money."

Meanwhile, the Government has raised the limit for IT projects needing central approval from the 1 million mark introduced in May 2010 to 5 million.

The change forms part of wide-ranging adjustments to spending controls, which the Cabinet Office said should provide over 3 billion in savings by the end of the current financial year.