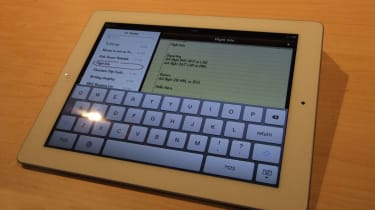 The iPad 2 is, as we expected, a very slick and promising tablet. It's due to go on sale in the UK on March 25th, and even earlier in the US on March 11th putting pressure on rival tablet manufacturers to launch their own competing products. UK pricing hasn't been confirmed, but Apple has slashed the prices of all existing first generation iPads by 100. Apple has confirmed that US pricing of the new iPad 2 remains unchanged from the first generation model. We'll bring you a full review as soon as we can.

The iPad 2 may not be the dramatic improvement over the original version that some of us here at ITPRO were hoping for, but it does match many of its upcoming rivals in specifications. It also has one advantage those rivals don't - a set UK release date of March 25th. Other manufacturers will have their work cut out for them.