Does HP’s webOS stand a chance with businesses?

HP has brought webOS back with a bang, but how does it compare to the other business devices out there? 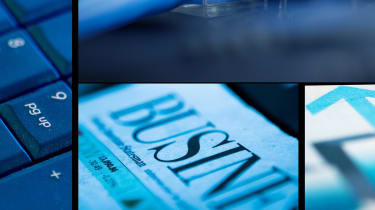 HP's offering was one of the manufacturer surprises at Mobile Word Congress.

The company launched its first devices running on the webOS platform after acquiring Palm last year and many were excited to see how it has added its master hardware to a platform that offered a lot but never managed to deliver.

Prior to being acquired by HP, Palm was suffering. Although its webOS platform was leaps and bounds ahead of Windows Phone and Palm's proprietary operating system - especially the user interface - there was little place for another smartphone platform. Certainly not against the backdrop of the launches of Apple's iOS and Google's Android. And the fact that Microsoft had realised the threats so was working on Windows Phone 7 and Symbian just couldn't stand up against the competition.

The Palm Pre was released into a market bored of seeing the product but not being able to touch. After all, a year between announcement of a product and general release isn't best practice for any manufacturer, less so by a company not particularly popular in the UK.

Add HP to the mix, a manufacturer more used to producing mobile computers in the PDA revolution of yesteryear and things start to get interesting.

The company has tweaked the webOS platform, keeping its sleek interface but adding some extra value features including speed improvements to both apps and the browser. There's universal search, just as there is in BlackBerry 6 and iOS, Flash and HTML5. One of the most useful new additions for business users though, is the addition of HP Synergy.

Although most smartphones have interfaces for unifying accounts, including email, contacts, calendars, LinkedIn and any other account, HP has taken this to a new level with Synergy.

New tweaks include an API allowing third parties to merge their apps with Synergy and account management and content organisation. There's even a centralised control panel that means you can change details and add new accounts really quickly.

Rob Bamforth at Quocirca doesn't think this will make much difference to the brand.

"HP's webOS development is going slowly so far and marked with some uncertainty, which is not good for it in the fast moving smartphone and tablet space," he said.

"HP appears to have sprung into action a little quicker with the realisation of the importance of tablets, but there is still a need to create a 'groundswell' in the ecosystem.

"So far [HP] has held together the existing user base and Palm fans, but it will need to do much more to move up the rankings - there may be some easier pickings with Nokia struggling, but both Android and Apple are motoring."

HP has also worked on the hardware of the new devices. The Palm Pre 3 certainly resembles the Pre, Pre 2 and Pre Plus. That said, it feels more refined.

The Veer is aimed at a different market, currently filled by the likes of the Sony Ericsson Xperia Mini Pro. It's tiny and designed for those with rather petite digits, making it a rather sub-standard business handset in comparison to the Palm Pre.

The third product announced was HP's webOS tablet the TouchPad. From the demos at Mobile World Congress, the tablet looks to make waves in the market, but can any of the product line-up compete with the other enterprise favourite, RIM and its PlayBook offering?

With their QWERTY keyboards, the two companies bring similar products to the table, but Bamforth argues they don't add any value to business users as the BlackBerry does with its full system integration through BES and BESX.

"HP is lagging behind RIM in terms of acceptance at the IT manager level, and mixed fortunes among users," he said.

"Senior execs will recognise and favour BlackBerry (or increasingly Apple), while Palm has often been popular among the wider workforce, but they are now adopting Android and perhaps Apple too."

Where BlackBerry's email system is siphoned via the BES or BESX service, HP's is pushed from the Exchange server, through the enterprise firewall and on to devices. It uses the operator's network rather than RIM's data services.

webOS uses ActiveSync, which isn't supported in all organisations. It does allow managers to control PINs and passwords or remotely wipe lost/stolen devices, but doesn't give the same app management flexibility provided by BlackBerry and its massive range of third-party and company supported applications.

But that's still not enough, according to some.

"HP needs to win over users as well as IT managers as there is a danger they will not be a consideration for the increasing numbers of 'BYOD' users (bring your own device)," Bamforth argued.

"For IT managers it has to offer a system that is easy to manage while allowing users to have both home and work aspects. Ultimately HP needs a strong focussed mobile strategy and to win over ISVs and apps."

At present, BlackBerry App World has more than 10,000 applications available, many focused on CRM and business management. HP's App Catalog passed the 4,000 app milestone back in September 2010, but it's still left somewhat in the shadows.

However, HP is taking steps in the right direction, explained Bamforth.

"Palm always had pretty good hardware, HP has a strong reputation for quality and so far the HP hardware also looks pretty solid," he said.

"But while hardware is an important consideration, software and the whole end-to-end experience is becoming much more important to both end users and IT managers."

It's clear, then, that devices based on the webOS platform have the potential to win over IT and business executives. It's just a case of getting the message out there and continuing to respond to their unique needs.

Because if HP doesn't, there are plenty of other vendors in this space waiting in the wings who will.