Google attempts to revolutionise the world of printers with its cloud-based approach to printing, but how well does the new service actually work? Kat Orphanides fires up her web browser to find out. 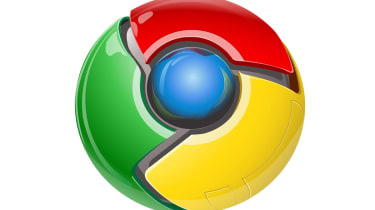 Head In The Cloud Cloud Print's potential is massive and we expect to see more printing options appear. However, as expected for Google, the service is still in its beta version and it definitely feels like it too. Regardless of whether you print from your phone or from the Print Using Google Cloud Print extension, you're presented with every single printer profile on any of the associated PCs Cloud Print can see. This gives you a lot of choices, but also clutters up the selection box with Windows' virtual printer devices. We'd like to be able to select a few favourites to be displayed at the top of the list. Printers are only available to the account that connected them to Cloud Print. Google says its working on "tools that will let you share and control access to your printer as easily as you can share files in Google Docs", but that's a development for the future. An issue that's unlikely to be resolved by future developments is that, in order to print, your Cloud Print server has to be active. That means that Chrome has to be left running on the PC connected to the printer you want. Leaving your PC switched on all the time isn't exactly environmentally friendly and leaving it logged in isn't very security conscious. You could use a low-energy PC as a print server, or configure your computer to Wake-on-LAN and send a magic packet to wake it with a smartphone app, but it's all extra effort for a service that's supposed to minimise hassle. Google anticipates that in future printers will have built-in support for Cloud Print, so we won't need Chrome acting as an intermediary. However, the technology will have to prove itself before printer manufacturers are prepared to adopt it.

In fact, several companies already have their own approaches to printing from smartphones or from the cloud. HP's ePrint system is the most well-developed. Every ePrint printer has its own email address and will print anything you email to it. Apple has its own approach to smartphone printing, AirPrint, which is designed to work with a limited range of HP ePrint printers. However, AirPrint, like all the other smartphone printer drivers we've seen, only works if your phone and your printer are on the same network. It doesn't approach the scope and flexibility of what Google is trying to do.

Although it's very rough around the edges, we like Google Cloud Print a lot. It's incredibly useful and we don't want to do without it now that we have it. Google has enough clout to drag the rest of the market along with it, as long as Cloud Print gets the in-house support and development it deserves. If this happens, we expect Google to become as important to printing as it now is to email, mobile phones and document sharing.