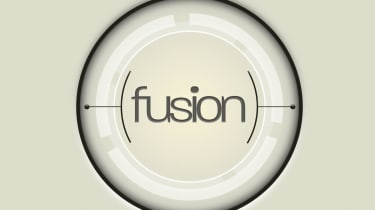 We recently did a piece on Intel's latest Sandy Bridge processors, explaining the advantages of the new architecture and, more importantly, whether you should be buying into this latest technology. Here we're going to take a similar approach to AMD's recently launched Fusion chips.

Though the first AMD Fusion chips are only just appearing now, the brand name has been touted around by the company as far back as 2006. The initial idea was fairly revolutionary, to integrate the processor and graphics chips together into what AMD calls Accelerated Processing Units (APUs). However, these days it seems like a fairly routine idea, with Intel having taken the route with its last two generations of processors.

Fusion isn't just a single range of chips, however, but rather a wide-ranging platform, an umbrella brand under which all AMD's upcoming products will fall. AMD Fusion products will power netbooks, laptops, desktops and even servers. The core idea is still to build in graphics processors, but not just to provide graphical output. Instead AMD wants to fully harness the parallel processing power in modern graphics processing units (GPUs) for use with a far wider range of applications.

GPU-accelerated applications aren't new, but until recently there has been a lack of established standards to sit between software and the wide-ranging hardware found in laptops and desktop PCs. The idea is sound though, as many tasks can benefit greatly from the parallel processing power that such chips provide (executing numerous similar instructions simultaneously). It's not all video encoding and media playback either, such parallel processing is useful for quickly searching large databases, for example.

With all respect to Nvidia's own CUDA standard, which only works on its own hardware, the prevailing standards for GPU-acceleration are platform agnostic. First we have OpenCL, which is related to long-running graphics standard OpenGL. It was initially developed by Apple but is a royalty-free standard that has proved popular with academic organisations doing serious research using massively parallel processing.