Microsoft Evangelist, Simon May, runs through Microsoft's cloud offerings and how they apply to a business. 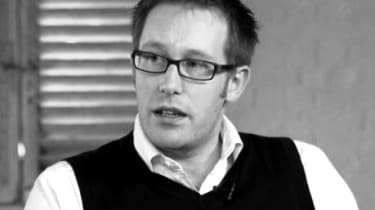 I've taken to starting with Windows Azure whenever I enter a discussion about the cloud because so many people don't get what Windows Azure is. As above it's platform that lets you build pretty much whatever you like and as such you'll need some developers and an architect to design and build an application to sit on Windows Azure. When they do that they'll be able to create an application that has enough understanding about the role it's performing to be able to take advantage of self-scaling.

Some people are beginning to think that Windows Azure is some sort of IaaS solution. It's not. You can't just place an existing workload into Windows Azure and take advantage of the cloudness without architecting the solution to take that advantage. I guess part of the idea that Windows Azure has some IaaS characteristics is that we've made some solid improvements like the ability to RDP into a Windows Azure role or that the web roles run a fully functional IIS (Internet Information Services) server exposing a bit more of the role's Windowsyness.

However Windows Azure roles are stateless and that takes some getting used to. I think it's enough of a mind shift (that nothing persists on the role between reboots that's not in the original image) that you can see you need to design specifically for Windows Azure. Windows Azure is the place for new stuff.

SQL Azure is a highly scalable SQL infrastructure. A database on SQL Azure is to all intents and purposes just the same as a database on SQL Server, which means that all those existing DBA skills are still valid and valuable. The secret sauce of SQL Azure is that it's got failure built in (just like Windows Azure). Hang on! It's built to go wrong! Are you MAD? Nope, it's built so that when something fails it keeps on going; every bit of data is stored three times in the data centre in a fully redundant way.

When something does go wrong the live copy is switched and the second copy is used to build a third live copy a little like a RAID 5 array of SQL Servers (but obviously it doesn't use RAID). SQL Azure is a superb highly available SQL environment and you could pop almost any existing SQL database onto it, you could place your existing customer database there now if you'd like.

Now we Segway into Software as a Service Solutions, which unlike Windows Azure and SQL Azure are ready to use with no development required. BPOS (uncommonly known as Business Productivity Online Suite) is the currently available public cloud productivity service which provides Exchange and SharePoint features. Office 365, which will be released later this year, is the new generation of productivity and differs because it includes Exchange 2010, SharePoint 2010 and Lync 2010 provided as public cloud services and in some licensing scenarios, the full Office 2010 Professional Plus suite to install locally.

It doesn't end there though because the SharePoint 2010 collaboration features include Office Web Apps that allow documents to be edited in the browser without the need to have Office installed locally. Essentially it does everything for productivity.

For me though the killer feature, being an IT Pro, is that Office 365 integrates with what you already have. You don't need to create a whole bunch of new user accounts and manage passwords and the hassle that entails because it can be safely integrated with Active Directory for authentication and to provide that ever so useful Global Address List for your company.

The major reasons that people will go for Office 365 is the dramatic cost savings along with the ease of migration.

Wouldn't it be awesome to be able to manage all the client computers in your organisation without having to deploy a server infrastructure to look after them? That's what Windows Intune does, cloud based management of client computers.

It provides the ability to manage Windows Updates and Firewalls. It can handle remote control, inventory and even understand the software in the organisation, ensuring license compliance for Microsoft products. Oh yes it also comes with malware based on award winning, enterprise scale and consumer loved technology out of the box and the ability to manage that malware defence across the whole organisation from the web.

When it comes to IaaS Microsoft provides the Hyper-V tool set. Microsoft doesn't host a public Hyper-V Cloud that you can place your workload into, instead you can take the Hyper-V Cloud guidance and implement your own private cloud (one that's for the sole use of one organisation) or select a hosting partner that provides a hosted Hyper-V Cloud and offload to them.

Why doesn't Microsoft do this? Hosting companies are able to better meet the bespoke requirements of those seeking to use IaaS today - you can have a more bespoke service provided by a hoster.