The latest version of Microsoft's web browser is finally out of beta, but is it really that much better than Firefox or Chrome? 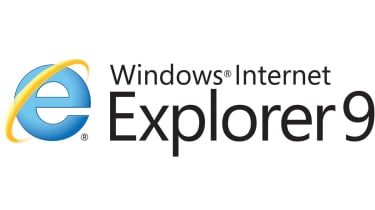 It was two years ago that Internet Explorer 8 limped onto our screens, and Microsoft has seen its share of the browser market decline since then. Although Google Chrome's 10 per cent may seem rather paltry compared with Internet Explorer's dominance (albeit only just over half of all browsers), Internet Explorer 9's launch couldn't have come soon enough for Microsoft.

The installation is a little long-winded and involves a reboot, but you'll only have to do it once using your software deployment utility of choice. As soon as it loads, it's obvious there are striking similarities with Chrome. IE9 manages to be even more minimalist thanks to the fact that the combined search/address bar (the One Box) is level with the tabs, although it can optionally be moved so it's above the tabs.

The tabs themselves are square, following user feedback suggesting that rounded tabs waste too much room. The menu bar has been removed and navigation controls have come to the fore. The back and forward buttons cleverly take on the appearance of the current website by looking at the underlying CSS code. To the right of the search box are compatibility view, refresh and stop buttons. At the far right are home, favourite and settings icons. Unlike IE8, there's no option to move the refresh and stop buttons so they sit alongside the back and forward buttons.

This minimalism leaves the rest of the screen for websites. It's a big improvement, but not significantly better than Chrome or Firefox 4 which both have a similar look. The One Box works in exactly the same way as Chrome's and Firefox's. If you choose to send keystrokes to Google, it will predict the name of the website you're typing, but previously visited sites will also appear in the list of suggestions. The default search engine is naturally Bing, but you can change it to Google, or even Facebook or Amazon either changing the default or on the fly by choosing the icon of your chosen search engine at the bottom of the One Box drop-down text entry field.