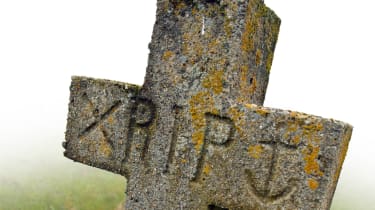 This is one contentious area, but it is worth talking about. When Nicholas Carr released his book The Big Switch: Rewiring the World, from Edison to Google' in 2008, he angered a lot of people by suggesting utility computing (i.e. the cloud) would replace the need for a corporate IT department.

Given vendors' proselytising of cloud computing over the past year, which really jumped up a notch during and after the recession, the argument that the IT department as we know it will soon be no more has become a little more plausible. If customer data and critical applications are delivered via the cloud, not much would be left for in-house IT workers to do, right?

Well, perhaps. There are various pertinent arguments against Carr's claims. Firstly, most companies have invested so much in their infrastructure it's highly unlikely they will just dump it all any time in the next few years.

Furthermore, cloud computing as a sector currently represents less than 10 per cent of the overall IT market, so businesses clearly aren't entirely convinced just yet. Trust issues remain too, as the majority of companies are not yet willing to hand most of their IT infrastructure over to an outside firm.

Nevertheless, as more companies start outsourcing their operations and adopt technologies like Platform-as-a-Service, there will have to be less for the IT department to do.

This could mean one of two things: corporate IT departments will a be slimmed down, less vital part of an organisation, or, and this is more likely, IT workers will have more time to focus on other areas of the business.

In the latter scenario, businesses could really benefit as the IT department gets more time to use its expertise and drive costs down across their company by employing the most efficient and effective technologies. The business would benefit, the IT department would be happy, vendors would still be able to sell their wares, and analyst firms would be left beaming as their glorification of the cloud would still be justified.

Whatever happens, the make-up of today's IT department looks set to be irrevocably altered in the coming years.

As has always been the case in the IT industry, things are moving fast.

Admittedly, many of the same debates that were raging years ago, such as cloud computing, are continuing today, but actual advancements in hardware and software have never abated.

Organisations have to decide whether to take the plunge and be early-adopters or to sit and wait before investing, hoping they won't get left behind.