This week, Microsoft launched IE9, there was something of a stalemate in a net neutrality debate and Virgin boasted about its 100Mbps broadband. 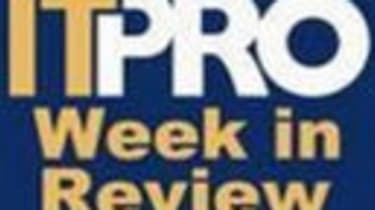 It's been a rather somber and sobering week in the IT PRO office as we've watched the natural disasters afflicting Japan become even more serious than we could ever have imagined, while Libya undergoes a very different type of catastrophe that's still nonetheless heart wrenching.

If you haven't already done so, we'd encourage you to make a charitable donation to the ongoing relief efforts in Japan.

Despite all the drama in the real world, there have still been a few japes and guffaws in the surreal and unreal world of IT to bring a smile to our faces.

Net neutrality may be a political hot potato for our colonial cousins on the other side of the pond, but it's been an underreported and underappreciated issue over here, especially in the Westminster Village.

That may change though as Sir Tim Berners-Lee, the inventor of the World Wide Web, has spoken out against the idea that ISPs should be able to charge customers more for access to some sites rather than others.

The effect of such a provision could be chilling for aspiring British internet entrepreneurs, customer choice and free speech. That naturally means that IT PRO's favourite Tory boy, Communications Minister Ed Vaizey, has voiced his support for such an inequitable idea. We reckon Berners-Lee and Vaizey should settle the matter using fisticuffs. Geek vs lawyer-turned-politician! Our quatloos (that means money in Star Trek tongue) are on the Geek.

I'm having a broadband sleepover and you're not invited!

In spite all the fuss about net neutrality Virgin Media is pushing ahead with plans to roll out stonkingly fast 100Mbit/s broadband throughout the UK.

This would be good news except we've heard reports of 100Mbps customers supplied by various ISPs being subject to indignities such as less-than-stellar customer service and download restrictions and traffic management rules. Party poopers.

I still prefer Mosaic or Netscape Navigator to be honest

Microsoft has released Internet Explorer 9, the latest version of its imaginatively-named web browser.

Although it's the best version yet, it's kind of hard to take it seriously since it's not compatible with Windows XP and it seems like a mash-up of Google Chrome and Mozilla Firefox, but not really different enough from either of them.

Personally, I can't use any browser unless it has an 8-bit mode that makes websites look like Teletext pages.