Google suggests the Chinese Government is to blame for Gmail disruptions. 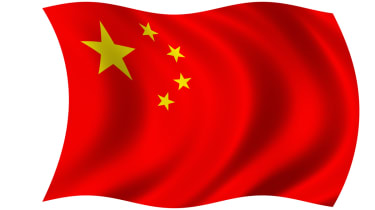 Google has accused China of targeting its Gmail service in the country, claiming the Government had carefully engineered problems with the client.

Chinese companies and customers had complained about disruptions to their Gmail accounts in recent weeks, reports suggested.

"There is no technical issue on our side. We have checked extensively," a Google spokesperson said.

"This is a Government blockage carefully designed to look like the problem is with Gmail."

The claims come after China reportedly clamped down on internet protests, some calling for a "Jasmine Revolution," following similar campaigns across the Middle East.

Earlier this month, Google complained about a number of politically motivated attacks on its users, although there was no mention of Gmail then.

Google said a vulnerability affecting Internet Explorer (IE) was exploited in the attacks.

The flaw in MIME HTML (MHTML) a protocol used by applications to render certain kinds of documents and bring together different content onto one HTML file - was publicly disclosed in January.

This isn't the first time Google has blamed China for attacks on its users.

In what became known as the Aurora saga, the web giant threatened to pull out of the country, claiming Google data had been stolen and Gmail accounts of human rights activists had been compromised.

The Chinese administration has denied the accusations, however, calling them "groundless aims to denigrate China."

A WikiLeaks cable released by the New York Times towards the end of last year further implicated China in the attacks.

The leak claimed to cover communications from a Chinese contact telling the American Embassy in Beijing the Politburo had ordered a hack attack on Google.