The long-awaited Firefox 4 is finally here, but is Mozilla's latest browser a must-have or a has-been? Read our review to find out. 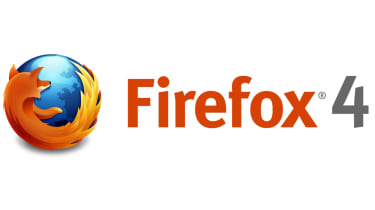 Unlike Microsoft's latest browser, Mozilla's new Firefox 4 is compatible with Windows XP. This will immediately pique the interest of companies who have yet to migrate to Windows 7, but still want to use a more capable browser than the sluggish and clunky Internet Explorer 8. In any case Firefox 4 is here and you wouldn't mistake it for any previous version of Mozilla's open source browser.

Firefox 4 has a dramatically redesigned user interface that's quite a departure from the one seen in previous versions, but it also bears a striking resemblance to Google Chrome. The tabs now sit above the address bar which, combined with the lack of a menu bar, maximises the amount of screen space devoted to actual web content. A Windows Start menu-style Firefox menu contains the most common menu commands with the Bookmarks menu accessible from the Bookmarks toolbar, if you choose to leave it visible. It's possible to restore a more traditional appearance though, with a menu bar and tabs below the address bar.

Tabbed browsing has been given a makeover with an intriguing new feature called Tab Groups. Multiple windows full of tabs can be managed from a single visual overview without cluttering up your desktop and Task Bar with lots of windows. This is useful if you're addicted to tabbed browsing and juggle tabs related to different tasks and projects. Tabs can be dragged and dropped between groups, groups can named or resized so, for example, more important Tab Groups are bigger than less important ones.

Like Chrome, individual tabs can be 'pinned' so that they can't be closed which is useful for web applications, such as Google Docs, that you might always want accessible. If you start typing the address of a web page that's already open in another tab, Firefox offers to take you to that tab without reloading the page.