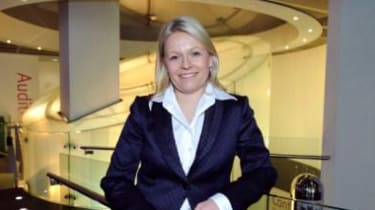 If you roll forward to 2015 and you look at comparable nations, while I can't guarantee what somebody like Luxembourg will do, the UK is going to be ahead of the pack.

Certainly when you cross compare to France, Germany, Holland, Spain and Italy, I think we are going to be there.

It is feasible for Jeremy Hunt's targets to be met, absolutely depending on what the specifics of those targets are, but I do believe that BT's investment in fibre is going to take the UK to being a pretty impressive fibre superpower by 2015.

What kinds of problems do you expect to encounter with the roll out? It can't be all smooth sailing, can it?

I shouldn't give the impression that fibre is a walk in the park. You've got the business case, which is pretty torrid.

In addition to that we sometimes are our own worst enemies. Openreach have made it look a bit as though it's like shelling peas we're doing it twice as quickly as anyone has managed it globally and the natural assumption is that it's the slickest thing we've ever done.

We're running as fast as our little legs can carry us behind the scenes.

In previous history, we've had issues with planners, we've had lots of lots of customer feedback on how they want the installation process to work, which is maybe different to what we thought... this is a brand new network and something we've never done before, so for anybody doing this scale of change, you can imagine the list of issues is pretty lengthy.

How much pressure are you expecting to feel from the Government and Jeremy Hunt when it comes to the rollout?

I would hope, in a sense, that we'd be a kind of partner for him. There's nobody else offering 2.5 billion of their own money to deploy fibre to two thirds of the UK.

I hope he'll be supportive in overcoming blockages that maybe we're experiencing with people like planners.

In the mainstream media, much has been made of your gender. Do you see the ISP industry as perhaps being too male-centric?

I've certainly never felt a glass ceiling in this industry. I've worked for Accenture and then I worked for BT, and I've never had anything but fantastic support and I've never really thought there was going to be an issue because I was a blonde, relatively young girl in the job.

At the same time, our industry is more male dominated, so I suppose my appointment has probably raised a few eyebrows.

I've got a job to do and it doesn't matter what I look like or who I am.

I know my customers aren't going to care what I look like, it's whether I can do the job.