After freezing the science budget in the Comprehensive Spending Review, Chancellor George Osborne pledges £100 million to the sector. 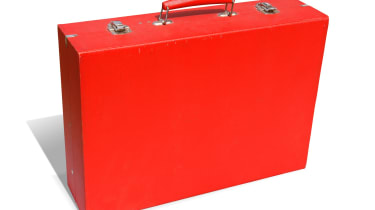 Life sciences will receive a cash boost of 100 million from the Government, it was announced today.

During the Budget speech for 2011, Chancellor George Osborne confirmed the money would be added to the existing science allocation for developing new facilities for research throughout the UK.

"The Government will invest an additional 100 million in 2011-12 in science capital development to provide facilities for the commercialisation of research, accommodation for innovative SMEs and new research capabilities," read the budget.

Osborne claimed science was one of the "most important" areas where Britain led the way and could help the economy grow. As a result, further money is needed in the system, both at leading universities and inside smaller up and coming institutions.

On top of the extra science funding, the Chancellor also revealed plans for a new "technology and innovation centre" in the UK, with a focus on "high value manufacturing."

The new centre will conduct research of its own, but also bring together work from other institutions in Rotherham, Coventry, Strathclyde, Sedgefield, Redcar and Bristol.

Osborne brought up manufacturing several times in his speech but zoned in on technology manufacturing as one of the top ways of making money in a struggling economy.

"Manufacturing is crucial to helping our economy improve again," he added.

In the Comprehensive Spending Review last October, Osborne froze the budget for science spending in the UK at 4.6 billion.

However, just two months later, the Government announced 324 million of "efficiencies" needed to be made within capital expenditure in the sector, upsetting a number of high profile academics.