The head of large enterprise claims Compellent was always the company Dell was after and 3PAR would have been the consolation prize. 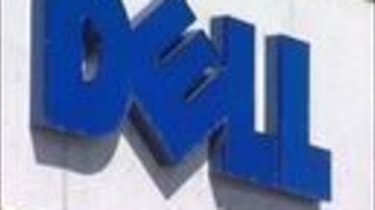 Despite getting deeply embroiled in a bidding war for 3PAR, a senior executive at Dell has claimed Compellent was always the preferable storage solution purchase.

Paul Bell, head of large enterprise at Dell, told IT PRO 3PAR was never first in line as an acquisition target and it was the right move to walk away.

"When it came to 3PAR, stuff happens," said Bell. "Compellent [was] always our first choice."

When asked whether an offer had been made to Compellent before the bidding war for 3PAR kicked off between Dell and HP, Bell merely said he would "let [us] infer" what went on behind the scenes.

So, if Compellent was always the technology it was after, why bid so high for 3PAR?

"A good question but the outcome is the answer," he added. "The price was getting too high so we walked away."

Bell said Compellent was "more broadly applicable" across Dell's product portfolio, whereas 3PAR was a business aimed at the service provider market.

"We go from companies with a couple of hundred up to 5,000 employees and a lot of them don't have many people in IT," he said. "Compellent is relevant to all of them."

"The server provider business is a good space but we have got a broader customer base than that."