London Underground gets Wi-Fi for 2012

TfL invites bidders to set up Wi-Fi in 120 tube stations by the time the Olympic Games come to town. 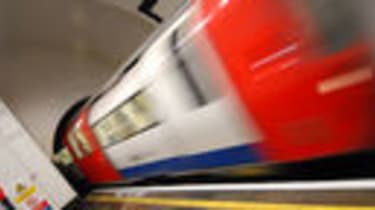 The London Underground is set to get Wi-Fi connections in 120 of its stations, according to an announcement today.

Transport for London (TfL) has called on telecoms firms to make tenders for the contract to put the Wi-Fi network in place, which will need to be completed by June 2012 just in time for the Olympics.

"A contract will be awarded to the chosen bidder by the end of 2011, which could mean that customers will be able to log on to the internet from their laptops or mobile devices at stations before the 2012 Olympic and Paralympic Games," read a statement from TfL.

The transport authority had already been running a trial at Charing Cross station with BT Openzone since November 2010. It considered it a success as it was "met with enthusiasm by passengers," so the decision was taken to roll the scheme out.

Unfortunately, despite getting Wi-Fi within the stations, TfL revealed the connections would not work on the tube trains.

The first stage of the roll-out will be to open up the current Wi-Fi used by London Underground staff at 16 stations to the public.

Mayor of London Boris Johnson praised the scheme, saying: "The roll out of Wi-Fi technology across the platforms and public areas of our Tube stations will finally allow Londoners to use mobile devices to pick up their emails, access social media sites and stay in touch with the world above while they traverse our subterranean transport network."

In February, TfL was rumoured to be in talks with Huawei to provide a mobile network on the London Underground.

However, 76 per cent of Londoners surveyed were against the idea, saying it would increase the likelihood of muggings and the cost of their bills.