The Government outlines its IT strategy with open source and cloud computing at its core. 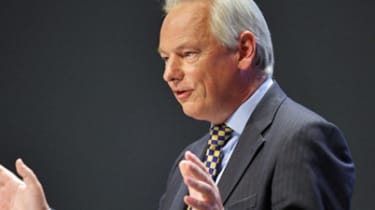 The Government has outlined its IT strategy will focus on open source to save the public sector millions of pounds.

Minister for the Cabinet Office, Francis Maude, outlined the plans today, which came with a pledge to "create a level playing field for open source software."

"When used in conjunction with compulsory open standards, open source presents significant opportunities for the design and delivery of interoperable solutions."

The Government said it wanted to make specific open standards mandatory, claiming it would make IT solutions fully interoperable.

"We want government ICT to be open: open to the people and organisations that use our services and open to any provider regardless of size," Maude said.

"There have been significant failings. The Coalition Government is determined to do things better."

Consolidation and the cloud

The overall plan is to get rid of waste and duplication in Government IT, creating consolidation to make processes effective across departments.

With this in mind, Maude appointed digital expert Tom Loosemore to lead work on a prototype for a single Government web domain.

Furthermore, an applications store is to be established to allow different departments to access the same software and the administration confirmed it would be initiating a move to cloud computing.

A standardised cloud platform, building on the work of the Labour Government's G-Cloud, will be introduced too, as the Coalition seeks to bring together datacentres, networks, software and assets.

The ICT report also reiterated plans to put an end to big projects. A Cabinet Office spokesperson told IT PRO the Government will still try to steer away from IT projects over 100 million.

"Projects tend to be too big, leading to greater risk and complexity, and limiting the range of suppliers who can compete," Maude added.

A number of outside sources have voiced their support for the Government announcements.

The Institute for Government, which recently offered a number of suggestions for changes to the administration's IT in a scathing report, said it was pleased the Coalition had taken its recommendations on board.

However, the body had reservations about the Government's reluctance to employ an independent chief information officer (CIO).

"The new ICT strategy ... emphasises the importance of adopting a stronger, central platform approach, which we support," said Sir Ian Magee, senior fellow at the Institute for Government.

"However, to make this work we believe that it is vital that the Government CIO operates independently of departmental interests and is seen to do so."

Joe Harley was recently appointed as Government CIO, after John Suffolk stepped down.

Magee also raised concerns about actually implementing the strategy, which will present a host of challenges.

"For example, the transition from a traditional method of project management to an agile approach requires a change of organisational culture and the acquisition of new skills as well as totally rethinking many of the traditional, linear procurement processes," he added.

"This will take time, and require a concerted effort from the Government CIO and CIO Council."

According to John Higgins, director general of Intellect, the technology industry is fully behind the strategy.

"UK taxpayers should expect the best from their public services and this strategy provides a clear direction for how technology can help deliver better services for less," he said.

"We are especially pleased to see that it recognises ICT as an enabler and not just an overhead."