Once the dust from a new business settles, not all is roses in the world of some cloud productivity tools. David Fearon looks at heading to the next level. 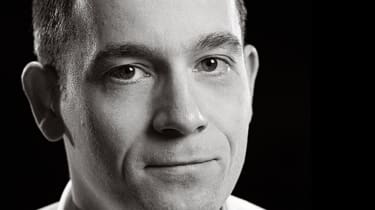 If you're not using Microsoft, there's a fair chance you've defaulted to Google Docs and Gmail for its apparent cost savings over local apps: things that are free are attractive. Well, it works at the basic level, and it's okay for simple collaboration. But as we've been discovering, as the engine of a business workflow and productivity setup, it's fatally flawed.

In the clichd white heat of starting up our business, things were initially pretty good with what amounted to a massive online whiteboard that we could all just scribble on whenever one of us felt the need. The main thing was to get the idea out there, bounce it off the rest of the team and just make sure it didn't get lost.

But then we had to start talking to people outside the four walls of our business: clients. We had to start looking professional. And that's when things changed.

It became painfully obvious that we had a massive, disorganised collection of random stuff floating about in the cloud, with no easy way to get it back out of the cloud. Put simply, a Google doc tends to stay a Google doc forever. You can't apply styles to it; you can't add graphics much beyond plonking a PNG or JPEG straight onto the page, which gives an effect that looks like a Netscape Navigator web page circa 1997. And that, of course, is what it is: a web page. It's not a document that can be styled, or removed from its environment in its native form.

Put simply, once your business needs to create actual business documents and it's what a heck of a lot of businesses, including ours, spends time doing you need to move away from what's effectively just a web page hanging out on a cloud server.

We've been finding the same with email. Up to a certain level of creative disarray, we could get away with bog-standard free web-based tools. The trouble is, being used to Outlook in previous careers (as all of us on the team have been) it's now becoming obvious why Outlook is the de facto email client in the world, and one of the jewels in Microsoft's crown: it's because it's way, way more than an email client.

Fundamental features like meeting scheduling, and even the forehead-slappingly obvious stuff like out-of-office auto replies, just aren't there in other clients. These are things you just sort of expect to be there when you need them, and when they're not you simply sit there, blinking and feeling stupid. It's infuriating.

So now that things are maturing, we've found ourselves tempted to move back to local Microsoft client-based applications. But we don't like the need to pop back into the old world of local apps. It feels a little retrograde, a little isolated, even a little lonely working on an application that's not fundamentally connected to your peers.

Coupled to that is the nagging feeling that if we continue down the path, the nightmares we've avoided until now maintaining software and hardware installations; patching; security; and a zillion other things we have neither the time, money nor inclination to cope with will come crashing through into the office and we'll never be able to shake them off.

So we've been looking into BPOS the Office Business Productivity Online Suite. When I discovered it existed and took a quick look through the specs, I have to say I breathed a sigh of relief when I saw mention of Exchange Online. If nothing else, the monthly per-user fee of a paltry 6.71 is going to be worth it for decent email and scheduling facilities alone.

It looks like we'll still be going with the best possible business document-creation tool for now: local version of Microsoft Office. But we can cope with that for the sheer productivity increase that real-time style previews and all those lovely Word things gives us. Until, that is, Office365 becomes available to us. That will be exciting.

As for BPOS: I'll report back here once we've seen just what it can do. Watch this space.