Migrating legacy applications: if it ain’t broke, don’t move it

There are a lot of legacy apps out there - most residing on mainframes. What's the best way to move these to the cloud? 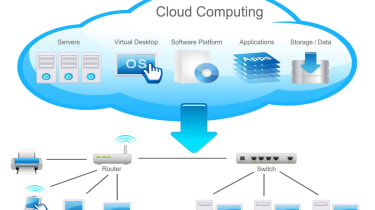 Cloud computing is new. Well, it's not that new really, as the utility model and application service provider model of IT delivery have been with us for some time. But the way we are deploying and delivering cloud-based software, hardware, storage and processing resources is fresh and new.

So how do we bring our old so-called 'legacy' applications to the new business models offered by the cloud and what kind of migration headaches lay in store for us?

The first truism to grasp here is that the term legacy application' is something of a misnomer. After all,. just because an application is old doesn't mean it's stopped working.

Indeed, legacy applications should not be thought of as a negative entity per se, they could in fact be just last week's applications, mash ups or some form of smaller component code block. If it's software and it's still working, then it's a legacy app.

Now we have our application landscape defined, let's move on. The issue in hand is that cloud computing as an IT delivery model is something of a shake up to most organisations. But companies don't want to be forced into writing reams of new program code in new languages with new application programming interfaces just to get to the cloud.

Mark Haynie, chief technology officer (CTO) of cloud computing for Micro Focus, suggests that there is a way to re-use existing enterprise applications and deploy them in a 'cloud agnostic' fashion to the Infrastructure-as-a-Service layer of the cloud where storage, hardware and networking components are located.

"Scaling of users and transactions has multiplied a hundred fold in the time since 20-year-old business IT applications written in older (often mainframe-centric) languages such as COBOL were written. That same notion of supporting large amounts of users on new platforms translates to the cloud," he said.

"The key is to get the platform to support all of those same APIs so applications can move seamlessly into the cloud with no interconnectivity issues."

Is ALM the antidote?

Industry analysts and commentators suggest that application portfolio management (APM) tools will now come to the fore, as organisations need to analyse which systems are continuing to add value to the business - and which are comparatively redundant elements of the IT portfolio. In order to do this, all applications must be charted and ranked by business value and cost.

"The issues in cloud app pre-deployment centre around the freedom afforded by moving applications to the cloud as well as preserving existing investments," said David Akka, UK managing director of Magic Software,

"What not to take to the cloud will be dictated by each organisation's issues around governance, competitive advantage and maintaining sensitive data on premise. This is where the hybrid model, which offers the ability to pick and choose which elements of corporate data are exposed to the cloud comes in; it's about combining management, with choice and control."

Much is being made of the need to preserve proven business logic that spans existing terrestrial proprietary applications if they are destined for migration to the cloud. The interrelationship and interconnectivity between these apps often holds and embodies much of the Intellectual Property (IP) of the company itself, so losing this as a result of an IT update, at any level, is bad news.

"One of the first things to ask is what CIOs are trying to achieve when migrating applications to the cloud. Are they simply seeking to reduce spend on their infrastructure or are they aiming to fundamentally transform their operating model and bring flexibility to the business?" added HP fellow Mateen Greenway, HP Fellow.

"The cloud is a massively parallel environment for which some applications are simply not designed."

One problem we have is that a great deal of legacy software consists of interminably linear applications which are written to a "scale up" rather than "scale out" specification, according to Greenway. While these could conceivably be migrated to the cloud, a business would derive no significant benefit from doing so.

What [i[NOT to migrate to the cloud

The danger here is that some application data will always be application-dependent, so that it should only ever really be accessed via services and processes offered by the app itself. This is the data that you do not want to move to the cloud and, as HP's Greenway puts it rather nicely, "Broadly speaking: if it ain't broke, don't move it."

Migration to the cloud will necessitate pre-planning if not full-blown ALM analysis. Mitigation controls that assess the processing capacity of the planned virtualised infrastructure before deployment are a good idea, but then so is common sense. Indeed, a company should keep its old system in synchronous operation for a sensible test period before pulling the plug.

Coud migration may be focused on last month's new webmail app, or it may be more broadly aligned to a complete transformation of a mainframe-based legacy landscape. As Ashish Gupta, vice president of HCL Technologies for Europe, the Middle East and Africa (EMEA) points out: "Anyone following the industry can testify that mainframes were supposed to be dead 15 years back. However, today, 40 per cent of all organisations use mainframes and many will renew their mainframe contracts on refresh."

"Therefore, the question today for organisations is simply what to migrate to the cloud, when and how in a way in which it makes economical and strategic sense, rather than the hype and utopia of the benefits which the cloud has to offer. The hype on cloud is going through the roof purely because people assume that cloud will mean infinite capacity at near zero costs and 100 per cent flexibility as what the cloud will offer. Current cloud services are far away from this truth," added Gupta.

Are we ready, therefore, to migrate to the cloud computing model? Let's treat this like any other big journey and pack carefully, leave what we don't need at home, take out some travel insurance, tell our friends and family where we are going and take plenty of emergency medical procedures for the road ahead. You never know, it might be a bumpier ride than any of us is expecting.