The Home Office has given itself a pat on the back for the apparent success of the e-Borders initiative. 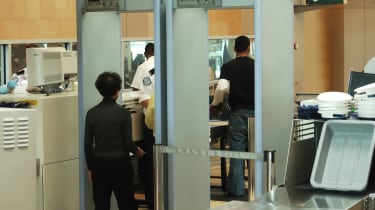 The Government's e-Borders programme has led to 2,800 arrests since 2010, the Home Office has reported.

The e-Borders programme, the implementation of which was somewhat controversial due to data protection issues, gathered personal details and information from up to 126 million passengers over the last year.

Those passengers were screened, checked against lists of suspects, and then passed on to police officers and the UK Border Agency.

The Home Office prides itself in having detained suspects in connection with 18 murders, 27 rapes, 29 sex offences and 323 violent crimes through the e-Borders initiative.

Immigration Minister, Damian Green, visited the national border targeting centre in Manchester where staff operate the system today and made public the results of the e-Borders programme.

"Checking people coming to the UK is vital in helping secure the border by targeting known criminals, terror suspects and (all tarred with the same brush) illegal migrants while gathering evidence against smugglers and people traffickers," Mr Green said.

The system, operating since 2005, has since helped seize half a ton of drugs, five tonnes of loose tobacco and nearly seven million cigarettes, according to the Home Office's data.