Google is accused of lying about security certification of Apps for Government, as Microsoft says court documents prove its rival was dishonest. 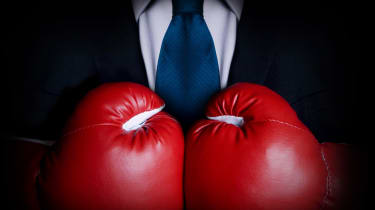 Microsoft has claimed Google was not honest about the security credentials of Apps for Government, as the rivalry between the two firms hotted up.

The Redmond giant called for Google to stop advertising its Apps for Government as certified under the Federal Information Security Management Act (FISMA).

Court papers containing statements from the US Department of Justice (DOJ) indicated the certification was false, Microsoft said.

"Isn't it past time for Google to issue a correction on its website? The Department of Justice has concluded squarely that Google Apps for Government does not have FISMA certification," said David Howard, corporate vice president and deputy general counsel for Microsoft, on a blog.

"Open competition should involve accurate competition. It's time for Google to stop telling governments something that is not true."

The court papers came to light after Google chose to sue the US Government, claiming the Department of the Interior unfairly favoured Microsoft when choosing a cloud-based email system.

The Justice Department acknowledged the General Services Administration (GSA) certified Google Apps Premier for its own particular use under FISMA last July, but no such certification was given to the wider Apps for Government, Microsoft said.

"To be clear, in the view of the GSA, the agency that certified Google's Google Apps Premier, Google does not have FISMA certification for Google Apps for Government."

At the time of publication, Google had not responded to a request for comment on the situation.

The revelations will do little to cool relations between Google and Microsoft, who have come to blows over a number of issues recently.

At the end of last month, Microsoft filed a formal complaint against Google with the European Commission, claiming the latter was trying to create a walled garden around search.

Google is currently being investigated by the EC over whether it broke European competition law.

The search spat between Microsoft and Google stepped up a notch earlier this year, when the Redmond giant was accused of copying Google results.

Google claimed it saw various URLs from its own search results appear in Bing "with increasing frequency for all kinds of queries."