Software licensing: Does going to the cloud always make sense?

It's taken as given that the cloud computing model is the cheaper option, but that's not always the case. Indeed, software licences can be very unforgiving. 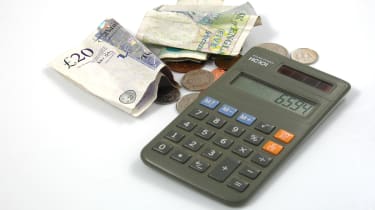 Moving to the cloud has many potential advantages such as scalability, reliability and lower cost access to applications. However, software licensing is one area where the market is still evolving and savings are much more difficult to calculate.

The main problem is most organisations don't really know just how much they're paying for software at any given time, according to Dale Vile, managing director of analyst firm Freeform Dynamics.

"When there is a recession, firms often look at reducing software maintenance fees but it's often a one-off exercise which is not kept up," he said.

"It's going to be cheaper, say for a medium-sized business, to put CRM in-house if you already have technical expertise on Windows servers," Vile added. "But people don't go for a Salesforce.com to save money they know they might well pay more for it [in the long term]."

A lack of capital expenditure and ability to scale are the driving factors behind such moves, according to Vile.

"When vendors sell cloud [computing solutions] they compare the total cost of running everything in-house," he said, "It is as if you could wave a magic wand and everything in-house goes away. The calculation is quite hard to do, the motivation typically isn't cost."

Vile believes that the emerging utility class of services like email are no-brainers. It's with the more complex applications that things start to get tricky. "Run Oracle on a fixed server and you're not badly off," he said. "but as soon as you move to an elastic server that shrinks and grows? Oracle licensing struggles with that. What [hardware] do they hang the licensing on?"

In such instances, larger companies are negotiating licensing on a case-by-case basis with account managers or through savvy service providers.

Even the mature SPLA licensing like Microsoft is not immune to the issues. Vile believes there is a competitive structure for operating systems and services but in areas like Microsoft Dynamics it gets more problematic if firms try to reuse existing on-premise licensing deals within a cloud.

"Some [vendors] will let you do it, some won't and others will have limitation on support," he added. "Just don't assume it's the same application licensing if you stick it on another server that might be a different class [and] subject [you] to a new licence fee."

Many larger hosting and cloud service providers are privately grumbling about annoying anomalies such as the VMware service provider licensing agreemen, which charges per hour of use, compared to a traditional end user licence which is effectively unlimited.

This makes it much more expensive for a service provider to sell service-based licensing compared with getting a customer to use its own VMware licensing on "rented" hardware. "It's all a bit of a moving target at the moment. A lot of what they are doing is undefined," Vile warns.

"Removing the reliance on in-house resources and keeping up to date" was the primary reason for Safetynet Solutions to move to the cloud, according to Lisa Alderson-Scott, the company's sales director.

Her firm, a supplier of site ID and visitor management systems, worked with cloud provider Outsourcery to move its Microsoft SharePoint and Exchange applications to coincide with a planned refresh of its aging hardware.

"Compared to the cost of doing it [in-house] it was a no brainer," she said.

For Safetynet, Microsoft Exchange on a per email address basis was more expensive in terms of licensing. However, the planned deployment of a new CRM system, which will involve moving from an open source product to Microsoft Dynamics, will dramatically increase costs. Even in a cloud model.

"CRM does cost more but we weighed it up versus the cost of personnel in-house," said Alderson-Scott.

"Do we recruit somebody or pay the fee? What happens when they are on holiday, or if they leave and the knowledge goes with them?" she added "If we look at it realistically it's the same amount of money."

Alderson Scott warns that even though the company was quite happy with its cloud provider there were a few unexpected fees tacked on. "Set-up days were not completely transparent but after a frank discussion these were considerably reduced," she said.

Global marketing agency Iris Worldwide is another firm that has moved its core systems into the cloud.

"We started with an in-house IT presence but we have been quick to adopt [hosted and cloud] in certain areas," explains Rory Tarabay, the agency's head of IT, talking about the move to fully hosted email around four years ago.

Back then the firm was paying around 12 to 15 per user. Now, that cost has dropped by 70 per cent.

"We did look at taking it back in-house but we were looking at significant cost and support implications," explains Tarabay.

Microsoft SPLA agreements are another area Iris is using to streamline licensing costs. "Way back when people were using box copies it was a logistical nightmare. We now [moving to Microsoft BPOS] pay a small fee, which allows us to move [for example] our Outlook licences up and down," Tarabay added.

"So if we have a project which needs 50 extra people we can get those licences for just as long as we need them."

Iris gets its Microsoft BPOS and Outlook licences from Inty, a cloud services provider. Tarabay believes that "being able to minimise capital expenditure makes a massive difference, " to the firm's cost structure.

The agency is now looking to areas like CRM and file transfer as additional services that can be moved to a cloud model.

Christian Berthelsen, chief technology officer (CTO) at Fourth Hospitality, has never had much in-house IT infrastructure as his business provides software as a service for clients such as PizzaExpress, Hilton and Subway.

The firm recently moved from a hosted to a scalable cloud with Carrenza, a rapidly growing cloud service provider.

Moving from a hosted to a scalable cloud solution incurred no significant increase in licensing costs, according to Berthelsen. In fact, he believes over time the total licensing costs were kept steady as the company was able to get more power out of the individual cores, processes and storage.

The entire IT infrastructure at Fourth Hospitality is pretty much SaaS-based including a large Salesorce.com implementation. "We have grown and grown and they [Carenza] have matched us step for step," Berthelsen added.

"We put on a few more licences and never had any downtime. [It's] much better than trying to do it ourselves."

It's clear that software licensing in the cloud is an evolving issue. And, as a rule of thumb, reducing licensing costs is not always guaranteed via the cloud.

Moving from a situation where a firm owns a server with effectively "unlimited users" to a per seat pricing model can cost more over a five-year period compared to an equivalent on-premise fee.

Elastic cloud pricing for applications that have previously been based on the size of the on-premise server - for example, big Oracle databases - may require negotiation with a software vendor before "fair" licensing costs are achieved.

Freeform Dynamics' Vile recommends that firms have a discussion about the ability to move between different types of cloud models with a service provider before signing on the dotted line. Hosted, fixed resource pools and a truly elastic cloud should all be considered as options. Indeed, this deployment flexibility is probably more important than often-unused areas like elasticity.