Q&A: Getting excited about supercomputing

We speak with an Intel supercomputing specialist about how HPC can help businesses and where the market is going. 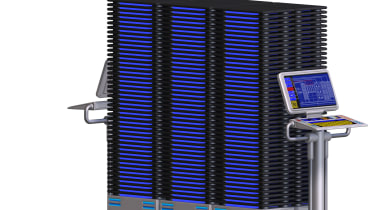 There are difficulties once you first get into a cluster right? People are used to having a workstation which mostly run on Windows these days and you just put some software on it and it'll run.

Then they get into a cluster and then they have to check, is this simulation part my software actually running on that cluster? Which kind of OS do I need? And what is the set up?

As the complexity of a cluster is higher than a single machine, then obviously it is more difficult to set it up.

One approach we take to make it simpler is called Intel Cluster Ready, where we actually very roughly speaking have defined a minimum cluster middleware standard or specification which you can test against and then make sure your cluster is capable of delivering those minimum capabilities.

It's certainly not plug and play yet then

Well it's not that easy, but we're constantly working on ways to improve that, together with other companies.

Is there a particular industry that is more excited about it than the rest?

It actually goes across the industries, but there is a difference in the grade of adoption based on either where the industry is or what kinds of applications exist already.

It started very heavily with engineering, but it quickly went into the financial industry where they were asking what can I do with technology, other than this technology is nice and I need to have it.

It's getting into many, many industries. There is almost no industry where it's not really there. It's in biosciences, in core science and the media and entertainment industry as well.